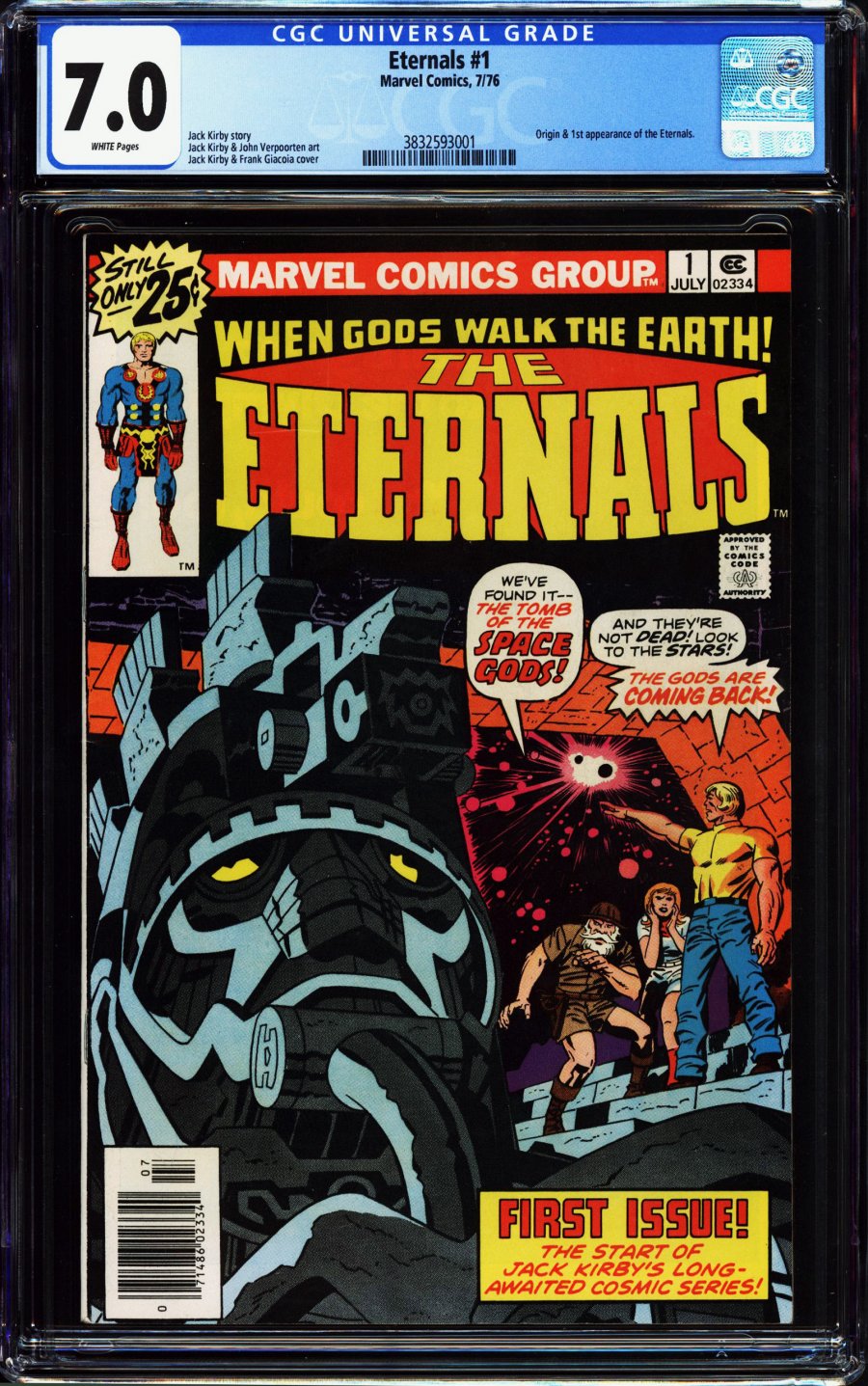 Auction Starts In
$1
Starting Bid
--
Bids
NEXT MIN. BID: $1
FYI there's no need to include decimal points(.).
Bid Confirmation
You are about to submit a bid of . If you win this auction, you are legally obligated to purchase the book. Are you sure you want to continue?
Don't Show Again (except when higher than min. bid)
(No Reserve)
PUBLISHER: Marvel
COMMENTS: white pages
Kirby story, cvr/art; origin & 1st app. of the Eternals (Eternals movie!) COMIC BOOK IMPACT rating of 7 (CBI)
Read Description ▼
Sell One Of These Inquire About This