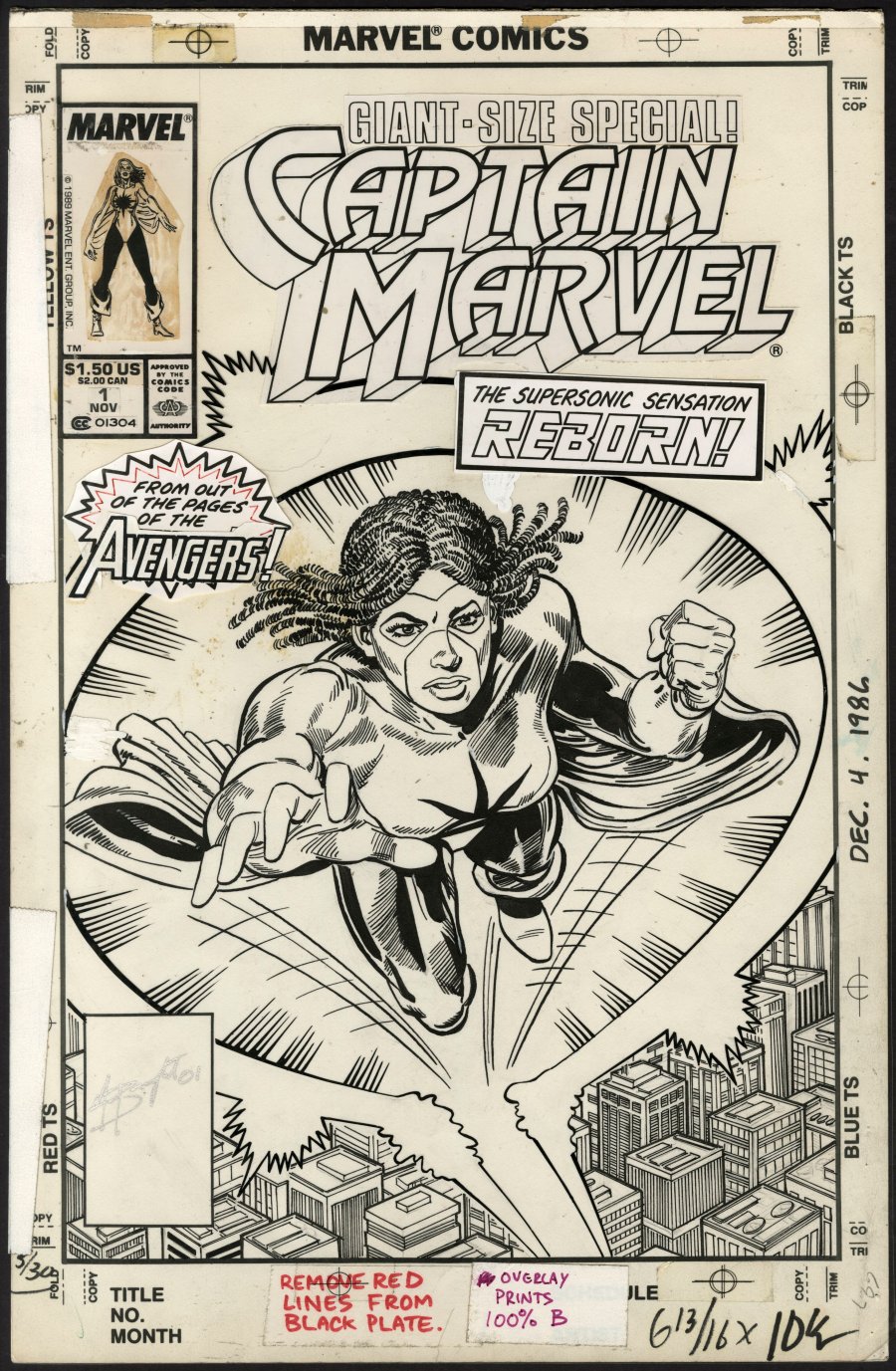 $11,500
Sold For
35
Bids
This auction has ended.
PUBLISHER: Marvel
COMMENTS: A 15% BUYER'S PREMIUM WILL BE ADDED TO THIS ITEM AT CONCLUSION OF THE AUCTION
Mark Bright (as M.D. Bright) pencils and inks; cover; 1989; image size 9.75" x 15"
Read Description ▼
Sell One Of These Inquire About This

Watch
A 15% BUYER'S PREMIUM WILL BE ADDED TO THIS ITEM AT CONCLUSION OF THE AUCTION
Mark Bright (as M.D. Bright) pencils and inks; cover; 1989; image size 9.75" x 15"Monica Rambeau is set to appear in the upcoming MCU film 'The Marvels,' and here is the cover to her very first solo adventure under the Captain Marvel moniker! This cover features an iconic image from Bright, so much so that it's been used as the cover to reprints collecting her adventures. Representation has become more important and this cover from the 1980s featuring a woman of color front and center was a breath of fresh air to readers at the time. Pen and ink. Art is in excellent condition. Signed by Bright in the UPC box.

There is an acetate overlay with hand drawn effects, the original captions were originally on the art underneath the overlay but were moved so they present better.