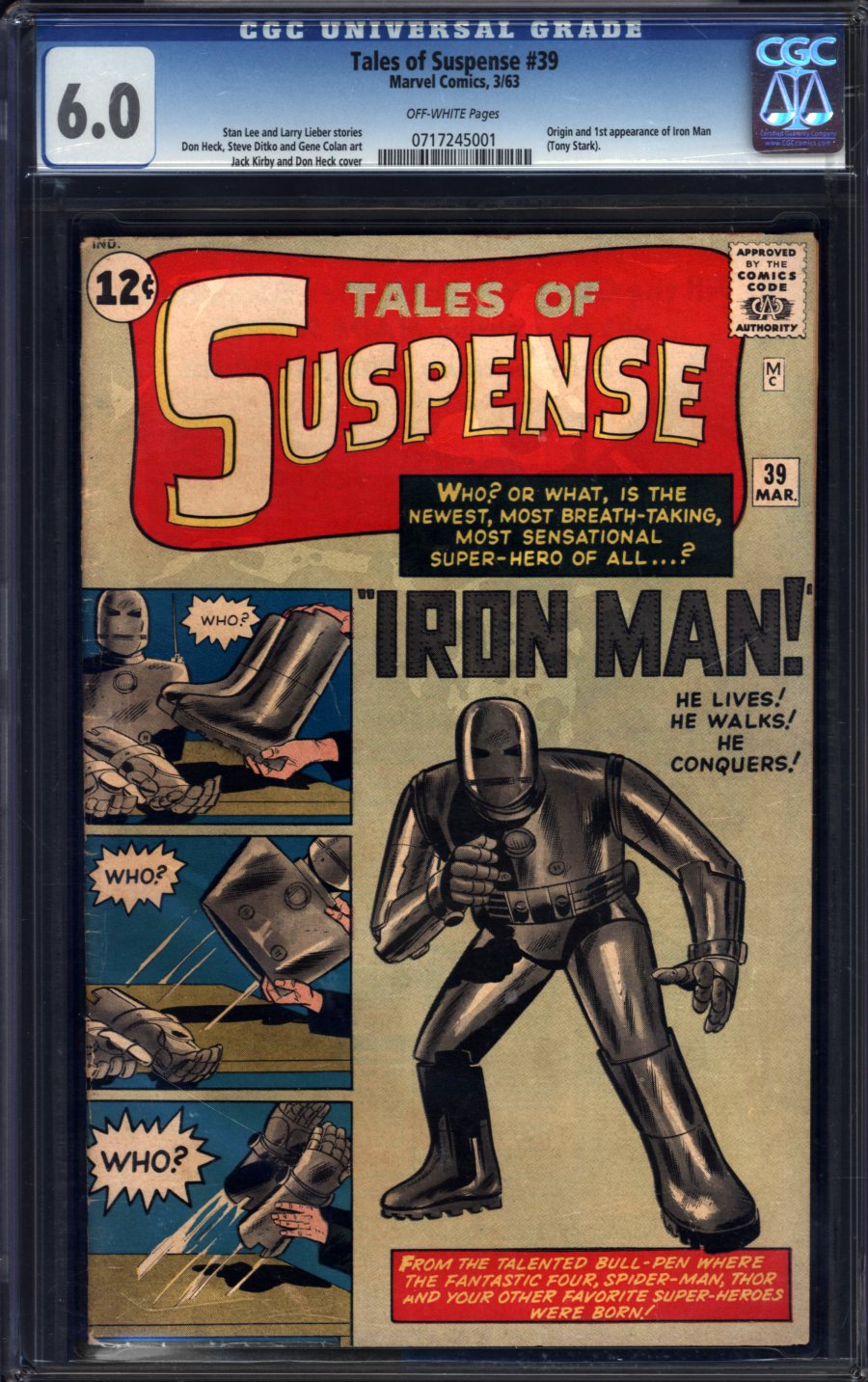 $22,680.30
Sold For
22
Bids
This auction has ended.
PUBLISHER: Marvel
COMMENTS: A 15% BUYER'S PREMIUM WILL BE ADDED TO THIS ITEM AT CONCLUSION OF THE AUCTION
ow pgs
Kirby cvr; Ditko art; origin & 1st app. Iron Man (Tony Stark) (3/63)
Read Description ▼
Sell One Of These Inquire About This

Watch
A 15% BUYER'S PREMIUM WILL BE ADDED TO THIS ITEM AT CONCLUSION OF THE AUCTION
ow pgs
Kirby cvr; Ditko art; origin & 1st app. Iron Man (Tony Stark) (3/63)Realizing the growing Marvel audience was composed primarily of hip, and largely left-leaning high-school students and collegians, Stan Lee challenged himself to create a hero who would be the embodiment of everything the counterculture was railing against, and still elicit sympathy from readers. Thus, Tony Stark was born as an older, hard-drinking, playboy millionaire. Iron Man quickly became a cult favorite whose popularity has only grown over the years.

Iron Man appears for the first time in Tales of Suspense #39 from March 1963. This copy earned a 6.0 Universal Grade from CGC with off-white pages. The classic Jack Kirby/Don Heck cover looks impressive, showing off Iron Man's original gray armor. Any minor signs of wear on this cover do not detract from the historic significance of this key. Iron Man has appeared in countless comics, cartoons, and video games since his inception, as well as becoming the cornerstone of the MCU, portrayed by international superstar Robert Downey Jr. in dozens of movies, many of which are in the highest grossing of all time. Tony Stark has rightfully earned his spot as one of the most beloved characters in comicdom, and it all starts here in TOS #39.