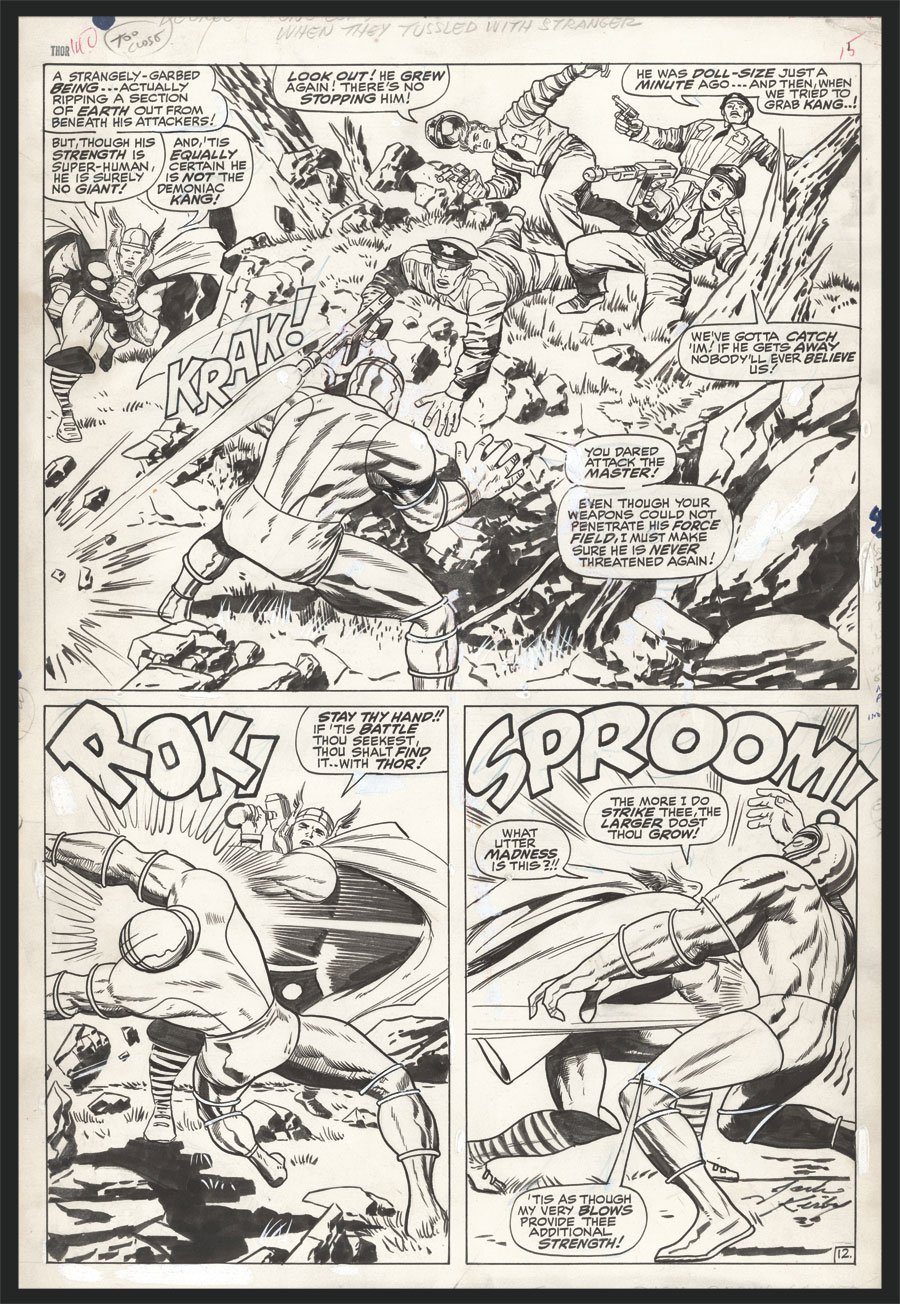 Watch
Jack Kirby pencils/Vince Colletta inks; page 12; 1967; image size 12.5" x 18.5"Kang's creature feature of the month, the Growing Man, squares off with the Mighty Thor in this thrilling issue. This interior half-splash has bombastic panel-to-panel combat scenes, complete with onomatopoeia action as Thor bludgeons Growing Man with his trusty Mjolnir. Kirby's at his finest illustrating superhero skirmishes and a piece like this improves with every viewing! The King churned out pages at an astonishing rate, and each unique piece is as impressive as the next. There is a veritable smorgasbord of Jack's work in this auction, and his devoted fans are sure to be chomping at the bit to bid on these beauties. Pen and ink. Art is in excellent condition.

If you are a new customer planning to make a first-time purchase over $25,000, please contact us 24 hours in advance of the item closing at 212.895.3999 or support@comicconnect.com so that we may approve your account for bidding. (This policy was instituted to protect consignors and bidders against bids from fraudulent accounts, and to ensure the integrity of the bidding process.) Once approved, please log out of your account and then log in, for the approval to take effect.
Artists Information