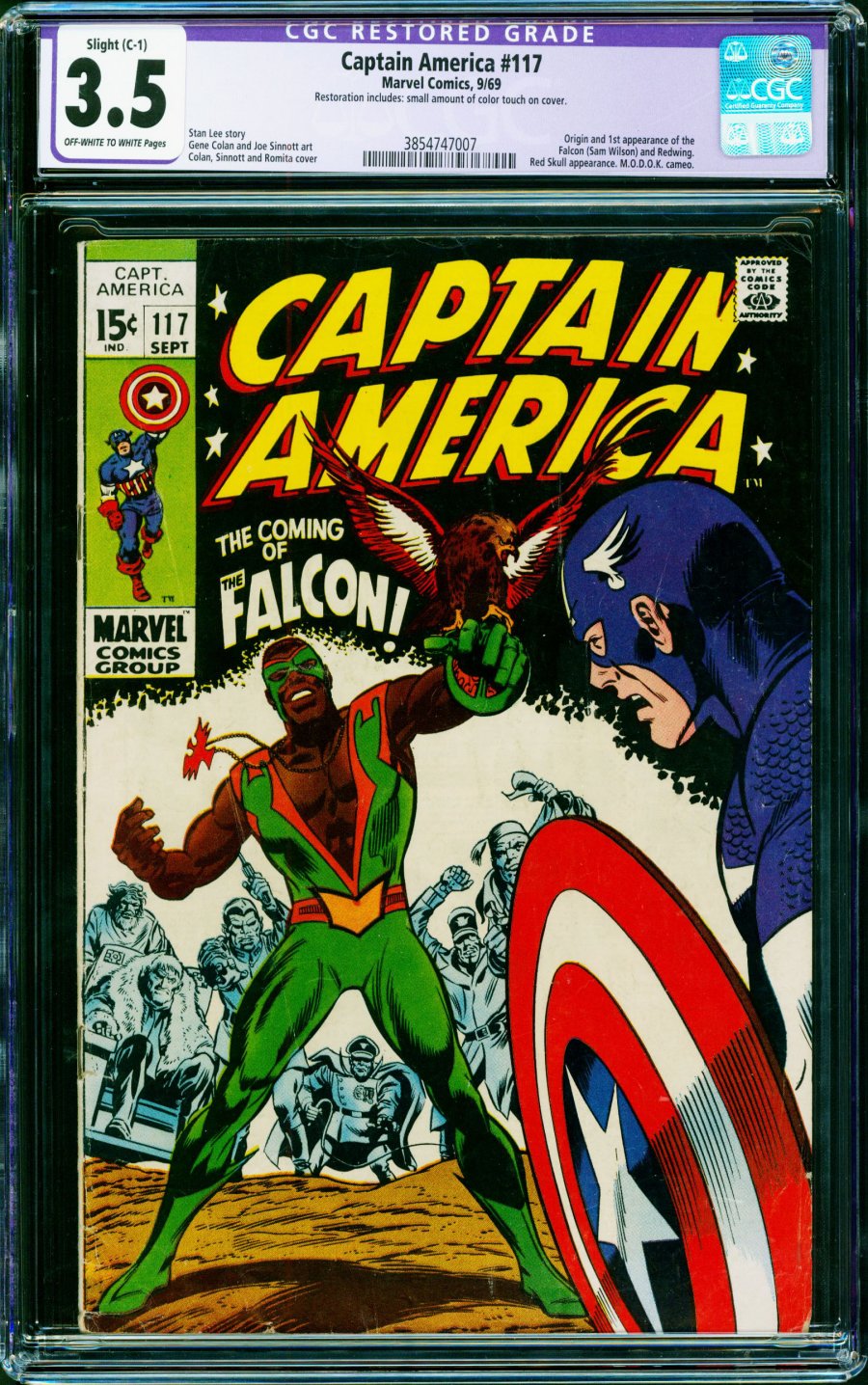 Auction Starts In
$1
Starting Bid
--
Bids
NEXT MIN. BID: $1
FYI there's no need to include decimal points(.).
Bid Confirmation
You are about to submit a bid of . If you win this auction, you are legally obligated to purchase the book. Are you sure you want to continue?
Don't Show Again (except when higher than min. bid)
(No Reserve)
PUBLISHER: Marvel
COMMENTS: ow/white pages; Sl(C-1) sm amt ct on cvr
origin & 1st app. of the Falcon (Sam Wilson) and Redwing (9/69)
Read Description ▼
Sell One Of These Inquire About This

Watch
ow/white pages; Sl(C-1) sm amt ct on cvr
origin & 1st app. of the Falcon (Sam Wilson) and Redwing (9/69)Marvel had always been at the forefront of American popular culture, daring to stake out territory otherwise considered taboo or too controversial, as when Stan Lee published a pair of Spider-Man issues without the comics code stamp due to anti-drug imagery. The Black Panther had already broken down barriers as the first black superhero appearing in a mainstream title, and there had been black characters in comics previously, of course, but they had either been wince-inducing caricatures, or punted off into "racial" titles meant solely for an inner-city readership segregated from the mainstream. But, by the late 1960s, audiences were ready for a change, and Lee, along with the supremely gifted Gene Colan, developed a character designed to stand on his own as an urban black hero, sans gimmicks, and paired him with the personification of America itself, Captain America. The result was this instant success, an acknowledged breakthrough in hero comics, which introduced the Falcon, a tough and determined former social worker (though this was later retconned) who proves a formidable ally for our titular hero.