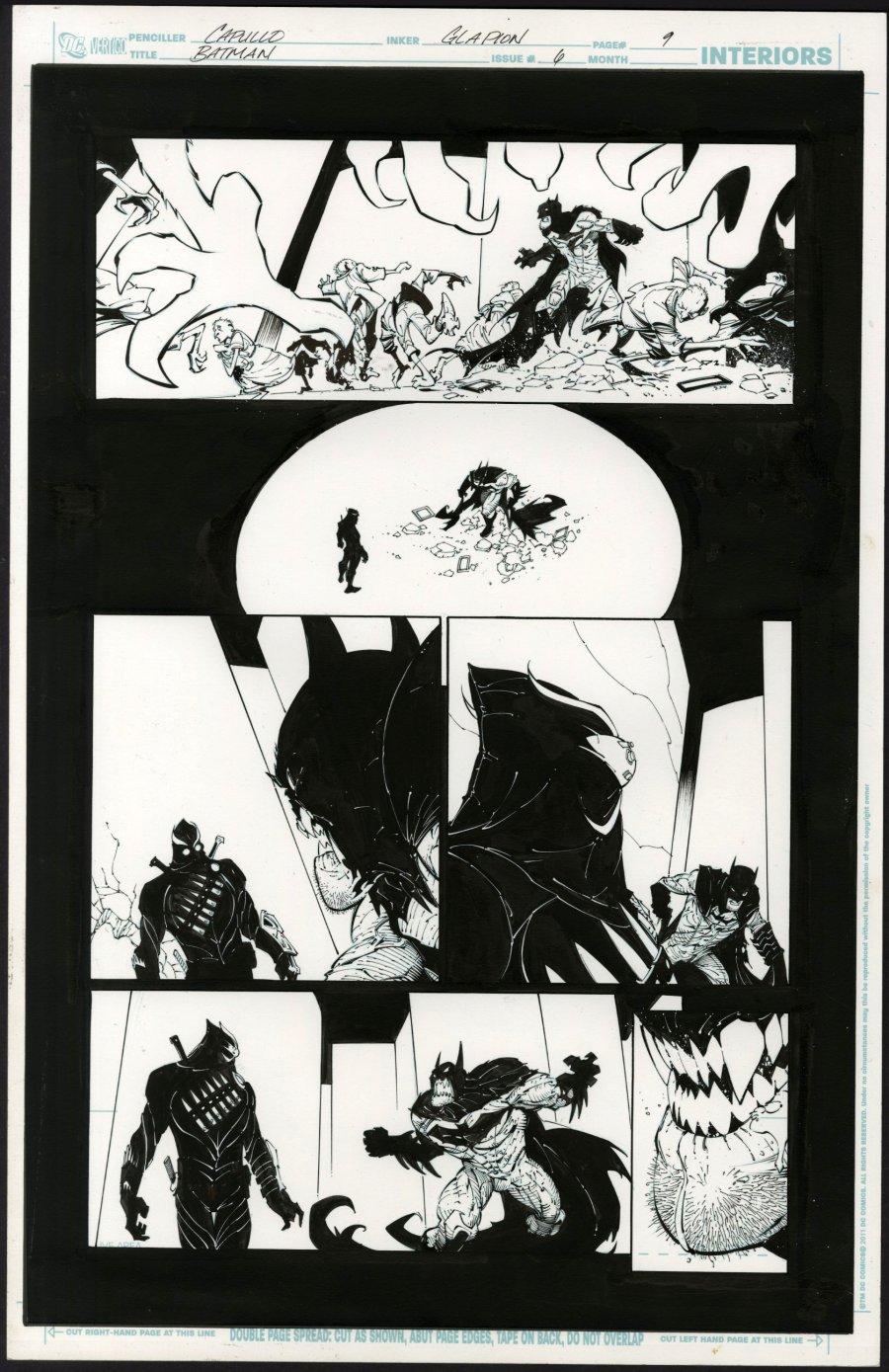 Watch
Greg Capullo pencils/Jonathan Glapion inks (on separate boards); page 9; 2012; image size 10.5" x 15.75"Pencils and inks on two separate boards by Capullo and Glapion. Great page featuring Batman facing off against Talon from the Court of Owls while under the influence of mind enhancing drugs, in their first major confrontation. From the acclaimed storyline from writer Scott Snyder. Pencil and Pen and ink. Art is in excellent condition. Signed on the back of the pencil page by Capiullo, and on the back of the inked page boy Capullo and Glapion.
Artist Information