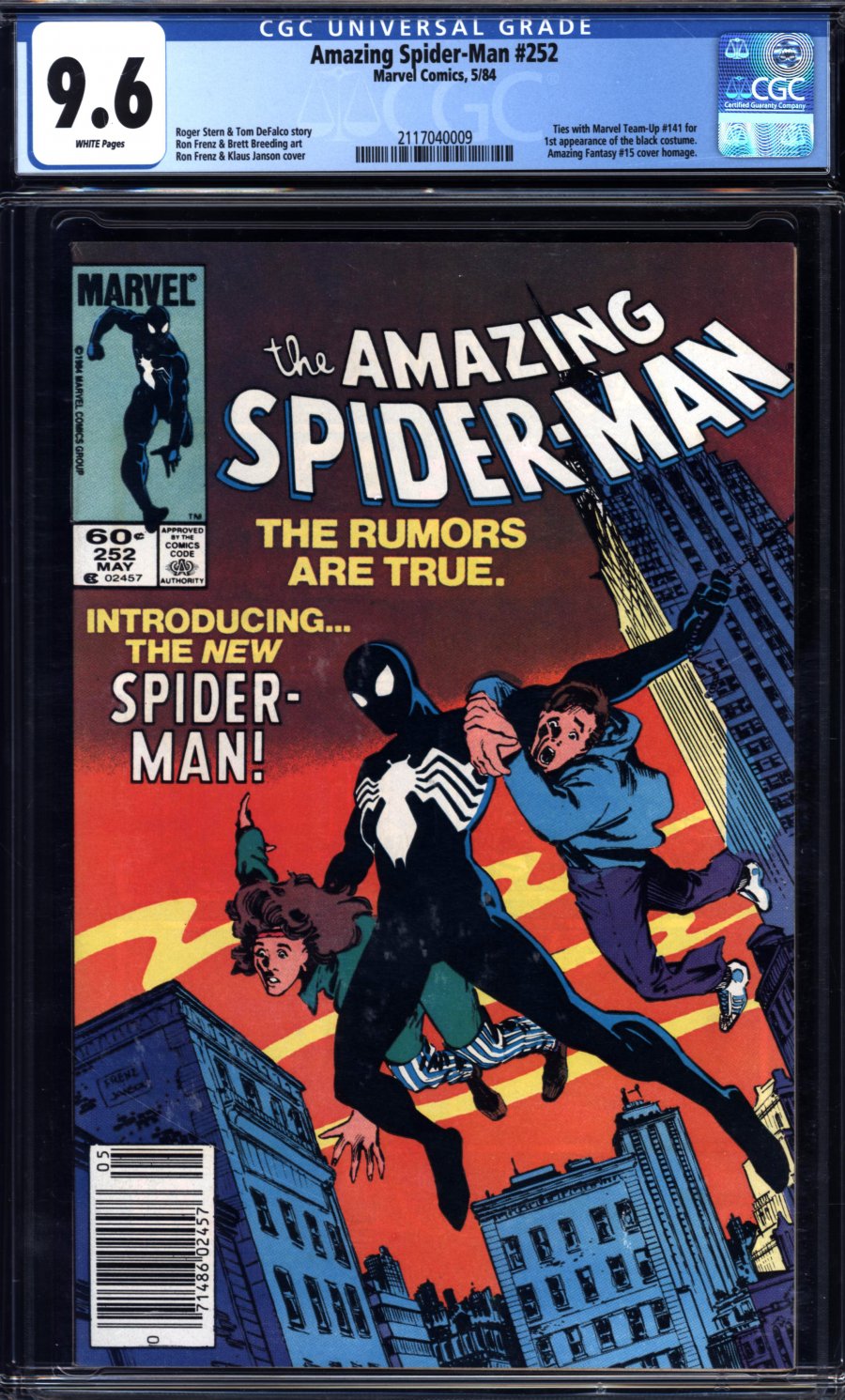 --
Accepting Offers
--
Offers
FYI there's no need to include decimal points(.).
Offer Confirmation
You are about to submit an offer of . If accepted, you are legally obligated to purchase the book. Are you sure you want to continue?
FYI there's no need to include decimal points(.).
Buy Confirmation
You are about to buy this item for , and will be legally obligated under the terms of our User Agreement to pay for it in a timely fashion. Continue?
PUBLISHER: Marvel
COMMENTS: white pages; Newsstand Edition
Ron Frenz cvr/art; 1st app. of the black costume (tied with Marvel Team-Up #141); Amazing Fantasy #15 cover swipe
Read Description ▼
Sell One Of These Inquire About This

Watch
white pages; Newsstand Edition
Ron Frenz cvr/art; 1st app. of the black costume (tied with Marvel Team-Up #141); Amazing Fantasy #15 cover swipeThe legendary symbiote suit makes its return! From the pages of Marvel Secret Wars #8 Spidey appears back on Earth in a brilliant flash of light with a new black costume. Readers would soon find out that these new threads are more than a mere piece of cloth but an alien life form with a mind of its own known as the symbiote. This issue would begin a new saga of tragedy and peril as Peter Parker discovers his suit is in fact malicious, giving birth to one of his deadliest adversaries "Venom.” Though initially rejected by readers, Spider-Man's first cosmetic overhaul would eventually become embraced by fans around the world. Even after shedding the symbiote and battling Venom repeatedly, Spidey would still don the black costume on occasion as a both a literal and metaphorical representation of the dark turmoil going on in his mind. The release of “Venom” starring Tom Hardy has caused the value of this issue to rise dramatically.