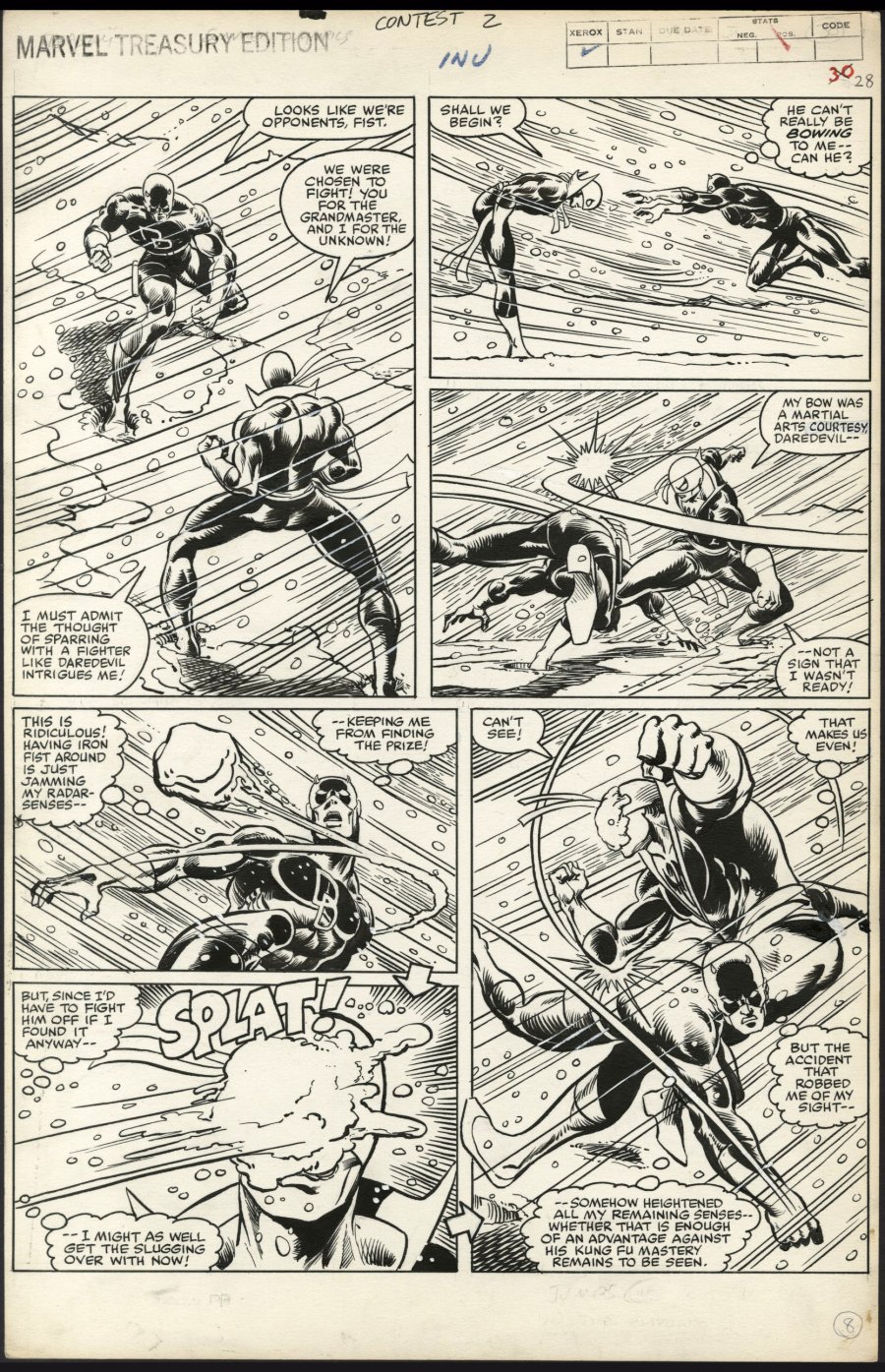 $8,280
Sold For
44
Bids
This auction has ended.
PUBLISHER: Marvel
COMMENTS: A 15% BUYER'S PREMIUM WILL BE ADDED TO THIS ITEM AT CONCLUSION OF THE AUCTION
John Romita Jr. pencils/Pablo Marcos inks; page 8; 1982; image size 10" x 15"
Daredevil vs. Iron Fist!
Read Description ▼
Sell One Of These Inquire About This

Watch
A 15% BUYER'S PREMIUM WILL BE ADDED TO THIS ITEM AT CONCLUSION OF THE AUCTION
John Romita Jr. pencils/Pablo Marcos inks; page 8; 1982; image size 10" x 15"
Daredevil vs. Iron Fist!Originally created to be a tie-in to the 1980 Winter Olympics, which was called off when the US boycotted the games in Russia. The story was slightly repurposed and published in 1982 as Contest of Champions, Marvel's first ever limited series. Great page featuring Daredevil and Iron Fist facing off against each other by the legendary Romita Jr. Pen and ink. Art is in excellent condition.
Artists Information