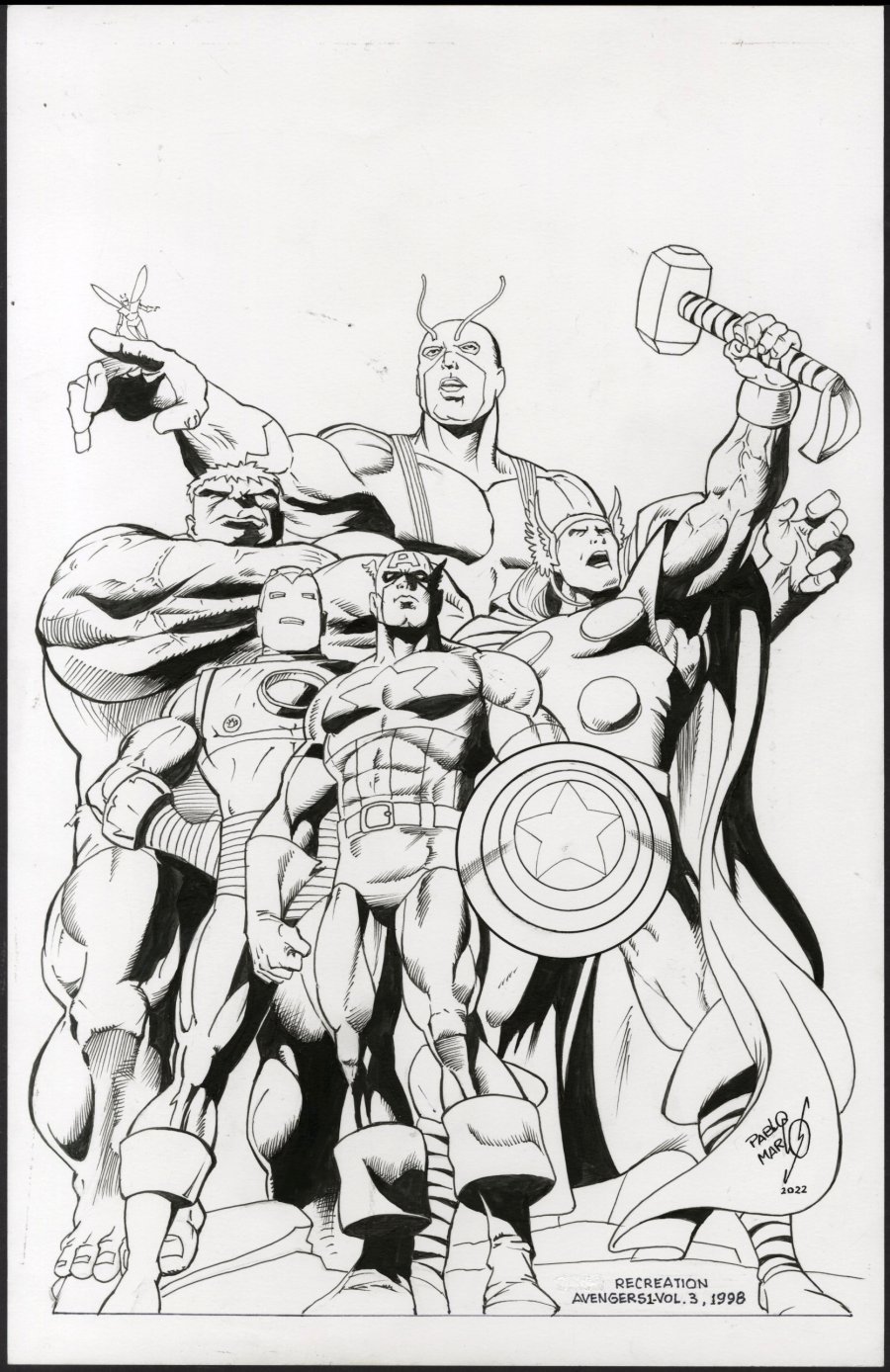 $357.65
Sold For
9
Bids
This auction has ended.
PUBLISHER: Marvel
COMMENTS: A 15% BUYER'S PREMIUM WILL BE ADDED TO THIS ITEM AT CONCLUSION OF THE AUCTION
Pablo Marcus Recreation Homage Published in 2022 Heroes Con Program; image size 10" x 15"
Homage of George Perez’s Avengers #1 Frontispiece (Vol. 3 1998)
Read Description ▼
Sell One Of These Inquire About This

The art is accomplished in ink over graphite on Bristol board, measuring approximately 11 x 17 inches, is signed and dated by the artist in the lower right and is in excellent condition.

Image of original Perez illustration is for reference only.