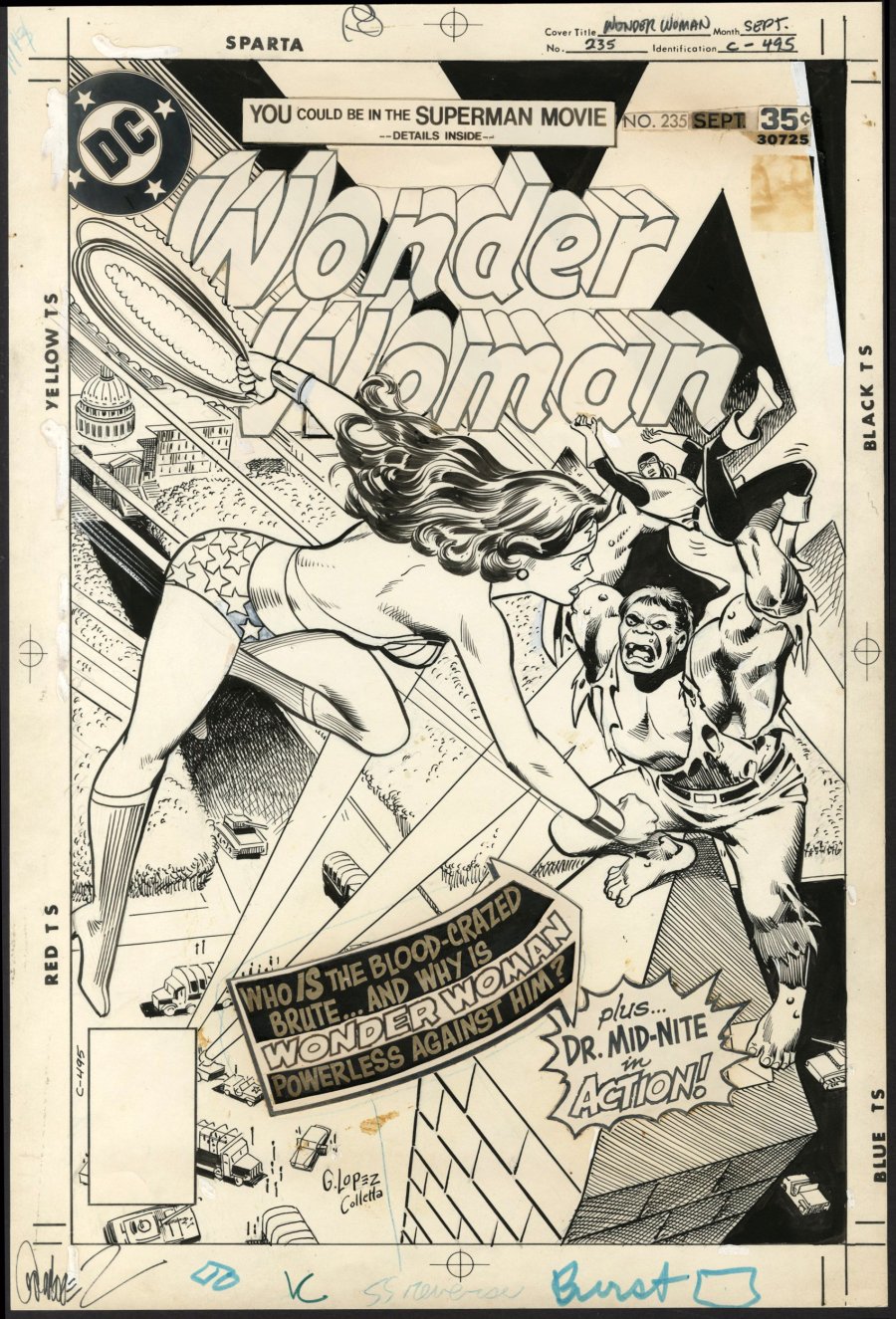 Watch
José Luis García-López pencils/Vince Colletta inks; cover; 1977; image size 10" x 15"
Who is the Blood-Crazed Brute.. and why is Wonder Woman powerless against him?

That's the question posited in in this wonderful cover by Garcia-Lopez and Colletta, featuring a large image of Wonder Woman, lasso in hand, ready to take on the Brute, who is about to hurl Dr. Mid-Nite at her. A truly excellent example of Bronze Age DC cover art. Pen and ink. Art is in excellent condition, there is a small glue stain where the Comics Code stamp had been. Signed by Garcia-Lopez and Colletta.

José Luis García-López is a Spanish-Argentine comics artist who works in the United States, particularly in a long-running relationship with DC Comics. In addition to his storytelling art, he has been responsible for producing the official reference art for characters in the DC Comics Style Guide, as used in licensed merchandise.