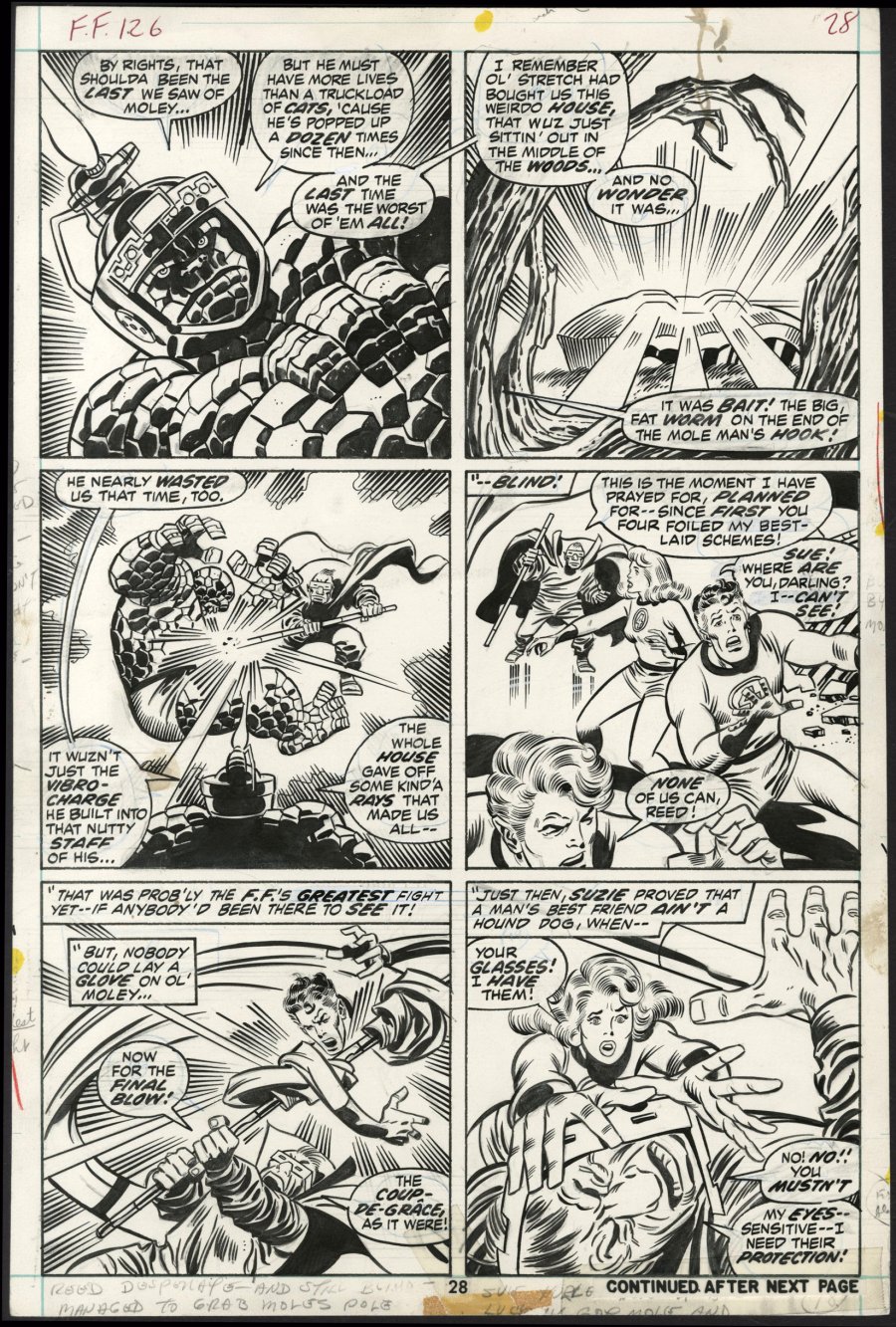 $7,800
Sold For
53
Bids
This auction has ended.
PUBLISHER: Marvel
COMMENTS: John Buscema pencils/Joe Sinnott inks; page 28; 1972; image size 10" x 15"
The FF vs. The Mole Man! Origin Retold!
Read Description ▼
Sell One Of These Inquire About This

Watch
John Buscema pencils/Joe Sinnott inks; page 28; 1972; image size 10" x 15"
The FF vs. The Mole Man! Origin Retold!
Fantastic Four #126 retells the origin story of the First Family of Marvel with a variety of flashbacks coaxed into the memories of the team thanks to Reed Richards’ Thought Projector doohickey. In this action-packed page, Ben Grimm is wearing the device which brings him back to the FF’s first battle against The Mole Man. Masterfully rendered by John Buscema and inked by Joe Sinnott, this is a great page from a classic Bronze Age issue that features all four members and one of their iconic nemeses, a perfect target for Fantastic Four art collectors out there. Pen and ink. Art is in excellent condition.