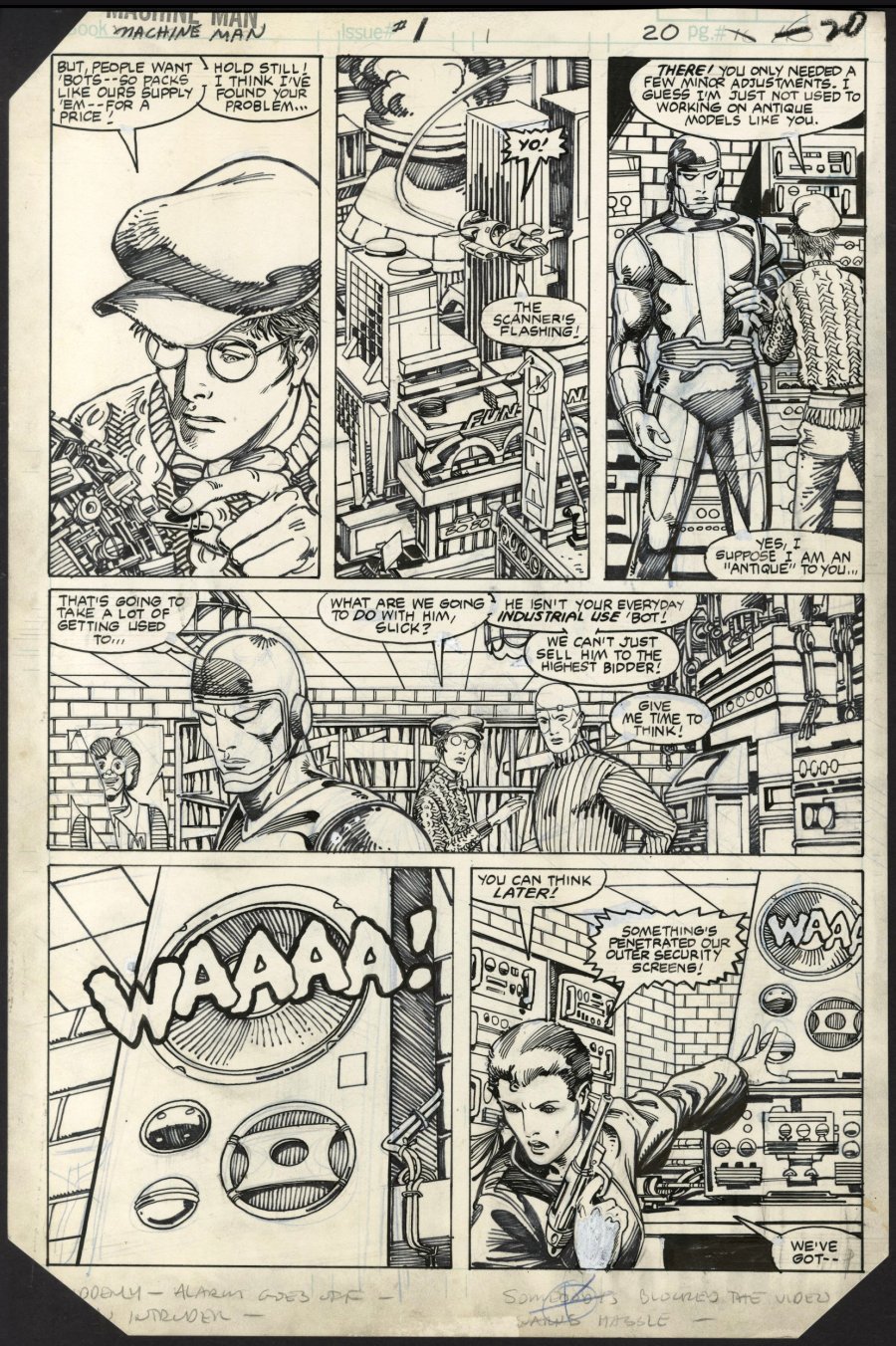 $6,154.80
Sold For
41
Bids
This auction has ended.
PUBLISHER: Marvel
COMMENTS: A 15% BUYER'S PREMIUM WILL BE ADDED TO THIS ITEM AT CONCLUSION OF THE AUCTION
Herb Trimpe Breakdowns/Barry Windsor-Smith finishes; page 20; 1984; image size 10" x 15"
Tom DeFalco Collection
Read Description ▼
Sell One Of These Inquire About This

Watch
A 15% BUYER'S PREMIUM WILL BE ADDED TO THIS ITEM AT CONCLUSION OF THE AUCTION
Herb Trimpe Breakdowns/Barry Windsor-Smith finishes; page 20; 1984; image size 10" x 15"
Tom DeFalco CollectionBeautiful page from one of Barry Windsor-Smith's signature works. Smith really pushed the boundaries of comic book illustrating, with his lush, meticulously realized drawings bringing life to Herb Trimpe's breakdowns with exquisite detail and artistic excellence. Pen and ink. Art is in excellent condition.

From The Tom DeFalco collection.