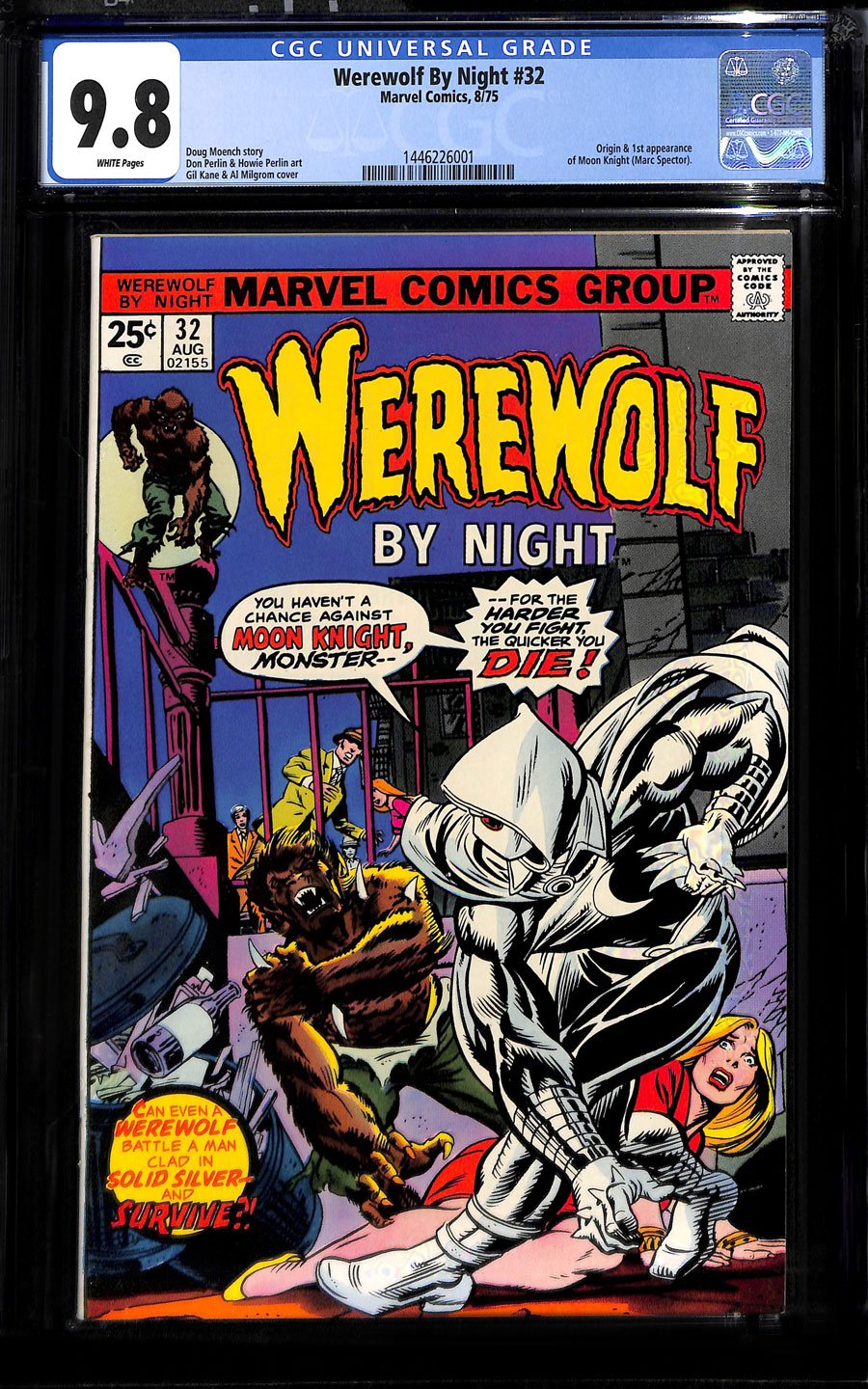 Watch
white pages
origin & 1st app. Moon Knight (MK series on Disney+!); Comic Book Impact rating of 9 (CBI)
Highest GradedWhile a fan favorite through most of the 1970s, few cared about Jack Russell by the 80s. In this issue, the lovable lycanthrope's nemesis, the mystical Moon Knight, made his debut and quickly became an enduring part of the Marvel mythos and a staple of direct sales titles. Compelling stories by Doug Moench (co-creator of the character, along with Don Perlin) made Moon Knight a keeper. With numerous titles featuring the Moon Knight prominently over the decades following his initial appearance, the Fist of Khonshu is still a huge draw for comic fans. The upcoming Moon Knight TV series for Disney+ should alert collectors to the fact that high-grade copies of Werewolf By Night #32 are exceeding multiples of price guide values.This copy of Werewolf By Night #32 earned a CGC 9.8, with stark white pages, and is tied for highest-graded, with no superior copies on the census. This book is stunning, presenting an amazingly well-preserved copy of Moon Knight's first appearance on the classic cover. His white, silver, and black costume pops against the blue background and contrasts perfectly with Werewolf By Night's brown fur. With 70’s Marvel horror characters reportedly coming to Disney+, and the recent critical and popular success of the MCU’s “Moon Knight'' adding to the interest surrounding this issue, Werewolf By Night #32 is one of the hottest keys around. Oscar Isaac’s portrayal of the conflicted character has created many new Fist of Khonshu fans of late, so we await to see the final auction price on this 9.8 copy with great curiosity.