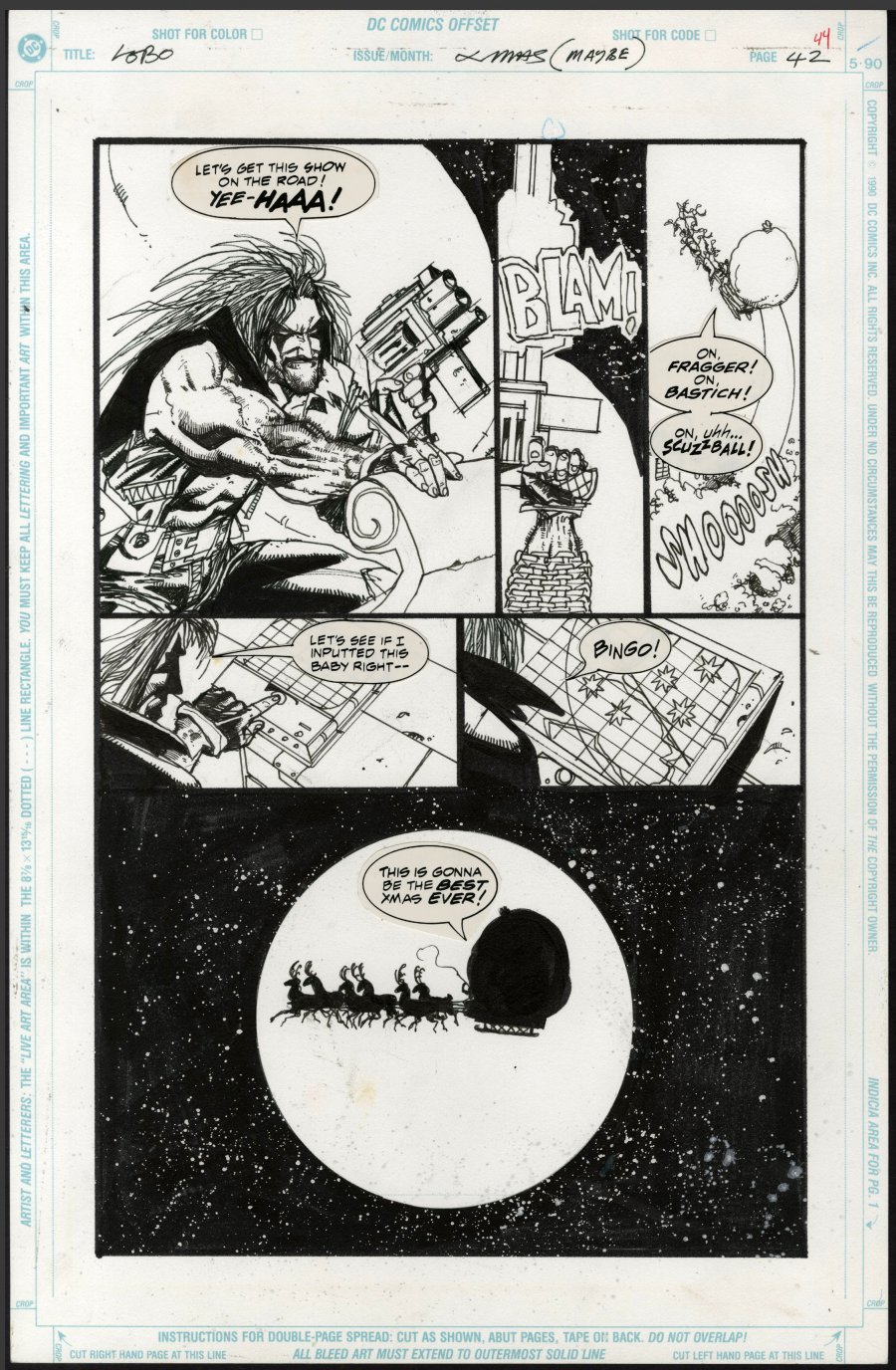 Watch
Simon Bisley pencils and inks; page 42; 1991; image size 9" x 14"Great Lobo page by Bisley, featuring Lobo with a giant gun, Santa, what else do you need? Bisley's Lobo is the definitive version and this piece comes from the height of his work with the character. Pen and ink. Art is in excellent condition.
Artist Information