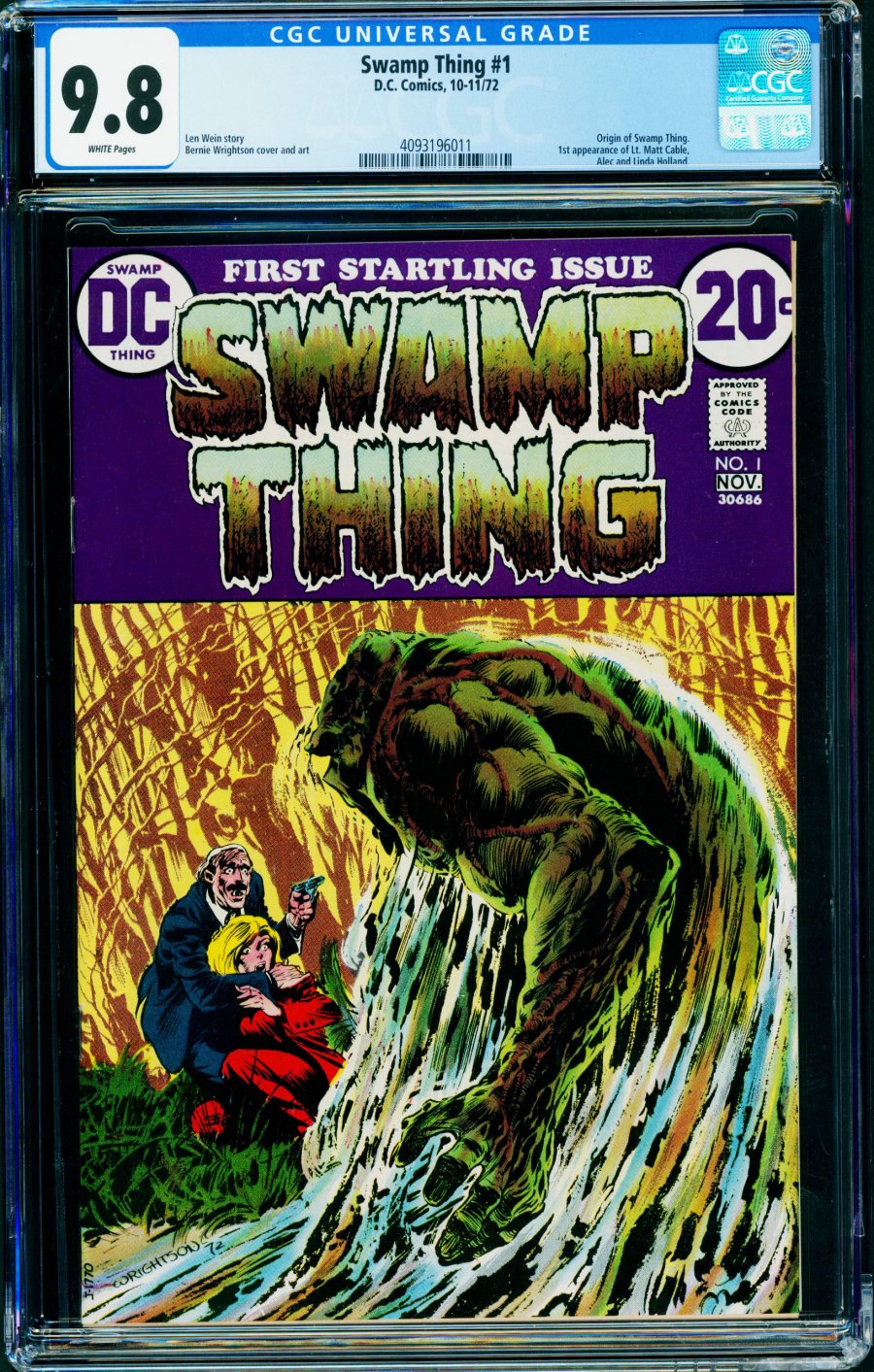 Watch
white pages
Wrightson cvr/art; origin of Swamp Thing; 1st app. Lt. Matt Cable, Alec & Linda HollandHouse of Secrets #92 has achieved a place in the annals of comics hall of fame for containing the first appearance of the Swamp Thing, something about the tragic figure, drawn by the legendary Bernie Wrightson, left an impression on readers, as the character would be given his own solo series and then continue on to go on mystical adventures and achieve an almost godlike status. The first series of Swamp Thing featured the tale of Alec Holland who was transformed into the bog beast when his laboratory was sabotaged in an explosion, the experiment he was working on fused with his body to turn him into the Swamp Thing. The character would go on to be transformed by wunderkind Alan Moore into an interstellar being who could traverse the cosmos in ethereal form, and was a member of the Parlaiment of Trees who defended The Green, and could manipulate any vegetation to his will. But the initial attraction to the original series began here in issue #1, the intricate, lush, and foreboding artwork by Bernie Wrightson launched a loyal readership to his forlorn hero, as well as placing Wrightson into the top tier of comic artists of the era. Swamp Thing has been the headliner in several comic book series, starred in two feature films, and was the subject of a TV series, the character has had staying power, and his Alan Moore era adventures are fertile ground for another series or movie franchise, so this issue has been a popular collector’s item, and will remain so in the foreseeable future.