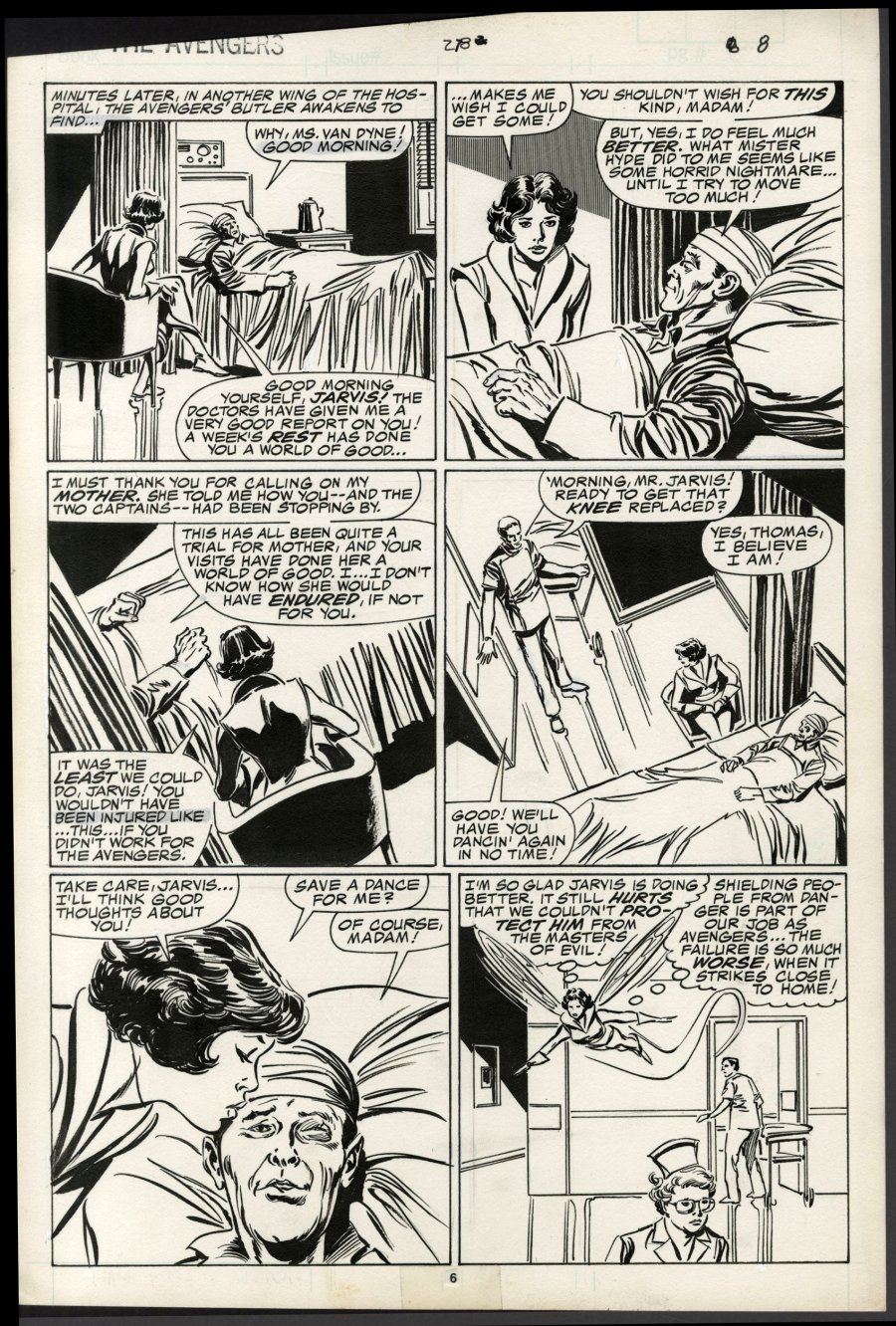 Watch
John Buscema breakdowns/Tom Palmer finishes; page 6; 1987; image size 10" x 15"Janet Van Dyne sits with an infirmed Jarvis and makes her exit as The Wasp in this great page by Buscema and Palmer. Pen and ink. Art is in excellent condition.
Artists Information