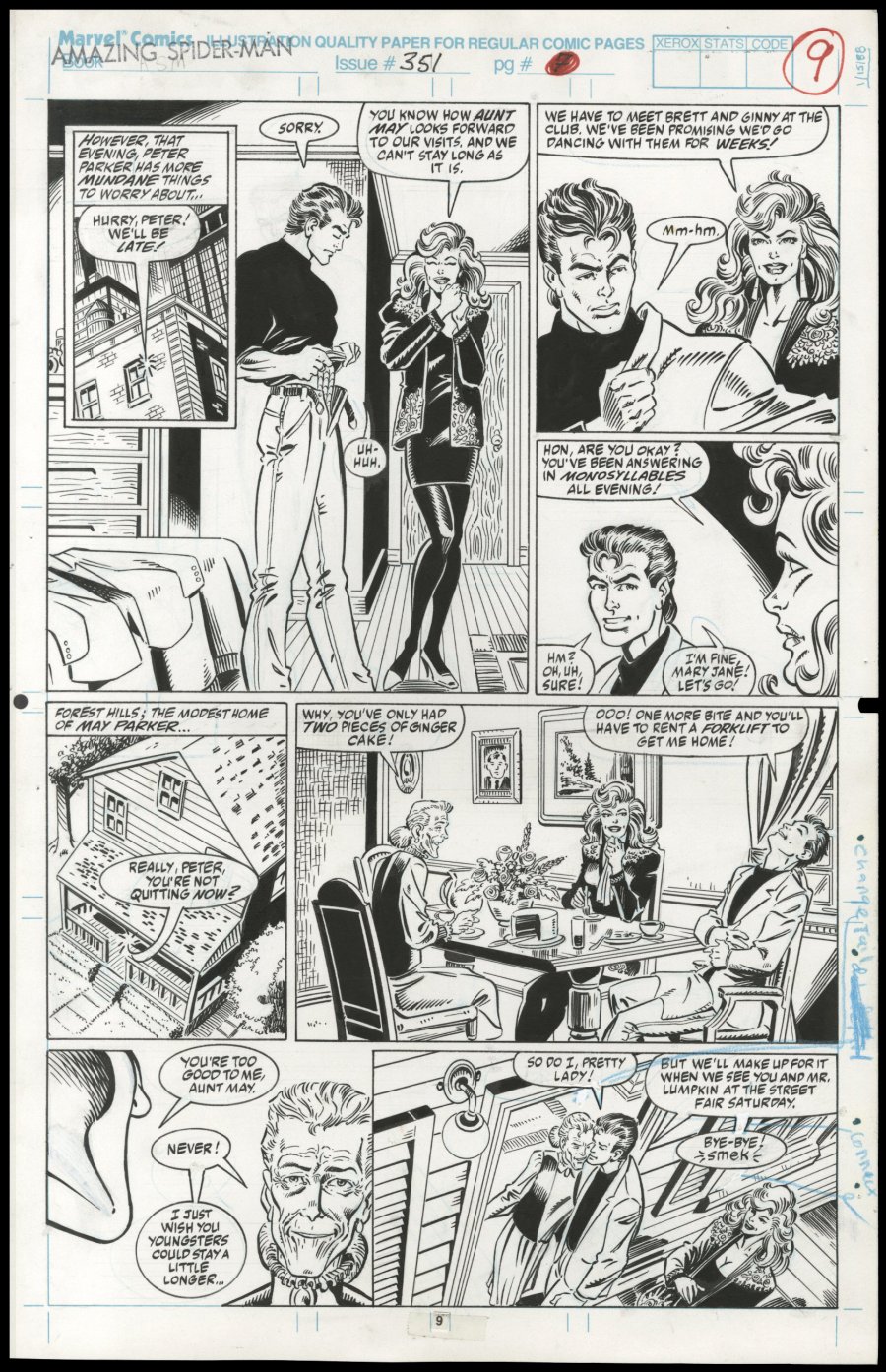 Auction Ends In
$185
Current Bid
10
Bids
NEXT MIN. BID: $195
FYI there's no need to include decimal points(.).
Bid Confirmation
You are about to submit a bid of . If you win this auction, you are legally obligated to purchase the book. Are you sure you want to continue?
Don't Show Again (except when higher than min. bid)
(No Reserve)
PUBLISHER: Marvel
COMMENTS: A 15% BUYER'S PREMIUM WILL BE ADDED TO THIS ITEM AT CONCLUSION OF THE AUCTION
Mark Bagley pencils/Randy Emberlin inks; page 9; 1991; image size 10" x 15"
Read Description ▼
Sell One Of These Inquire About This

Watch
A 15% BUYER'S PREMIUM WILL BE ADDED TO THIS ITEM AT CONCLUSION OF THE AUCTION
Mark Bagley pencils/Randy Emberlin inks; page 9; 1991; image size 10" x 15"Peter Parker and Mary Jane pay Aunt May a visit and enjoy a fulfilling meal, great drawing from Bagley from his classic, early 90s stint on Spider-Man. Pen and ink. Art is in excellent condition.
Artist Information