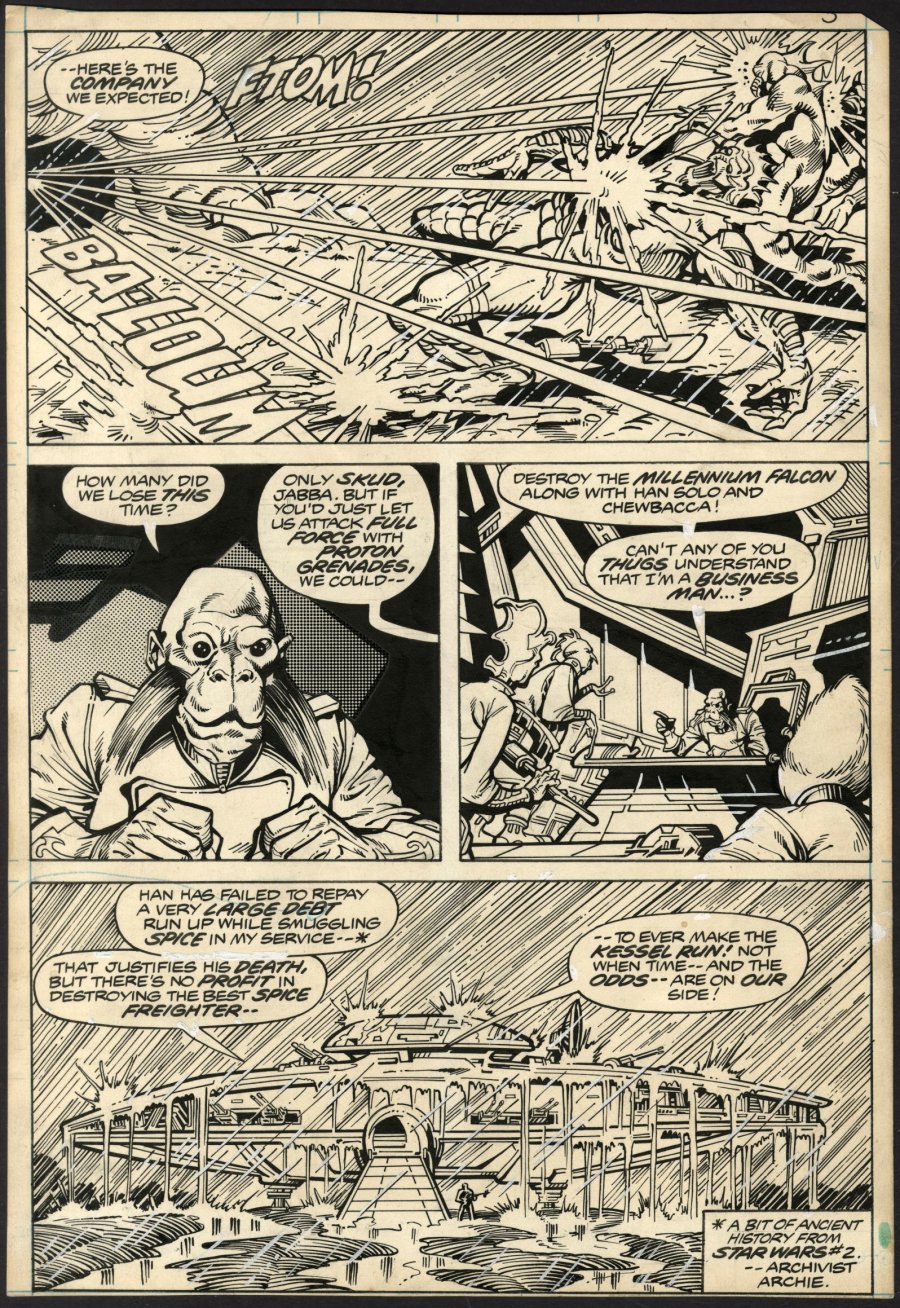 Watch
Carmine Infantino pencils/Gene Day inks; page 3; 1979; image size 10" x 15"
1st appearance of prototype 'Jabba the Hut' since issue #2!Fantastic Star Wars page by Infantino, this page features a pre-Return of the Jedi Jabba the Hut, making his 1st appearance since his cameo in the adaptation of A New Hope in issue #2. A fun piece of classic Star Wars history! Pen and ink. Art is in excellent condition.
Artists Information