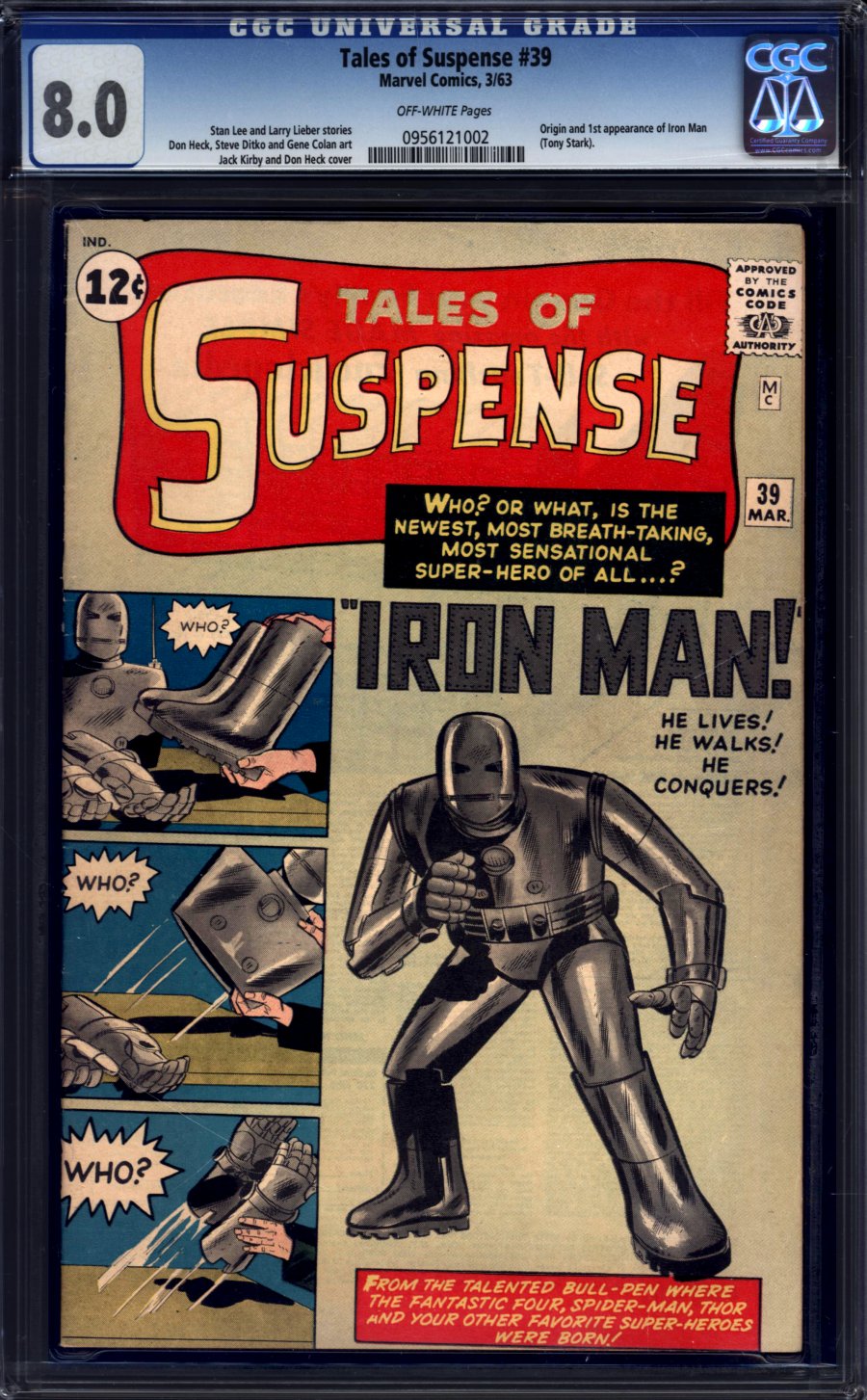 Watch
ow pages
Jack Kirby cover; Steve Ditko/Gene Colan/Don Heck art; Don Heck inks; Origin/1st app of Iron Man (Tony Stark).Realizing the growing Marvel audience was composed primarily of hip, and largely left-leaning high-school students and collegians, Stan Lee challenged himself to create a hero who would be the embodiment of everything the counterculture was railing against, and still elicit sympathy from readers. Thus, Tony Stark was born as an older, hard-drinking, playboy millionaire. Iron Man quickly became a cult favorite whose popularity has only grown over the years.

Long considered one of the toughest Marvel first appearances to track down, this copy should be just the thing for key fans looking to complete their runs of first appearances, it is an essential book for anyone serious about Marvel collecting in general. With its sharp, clean cover, bright reds, rich grays, and rock-solid construction, you would be hard-pressed to find a nicer copy at grade. With the value of this key going up and up, there is no copy of this book that is not a recommended investment.