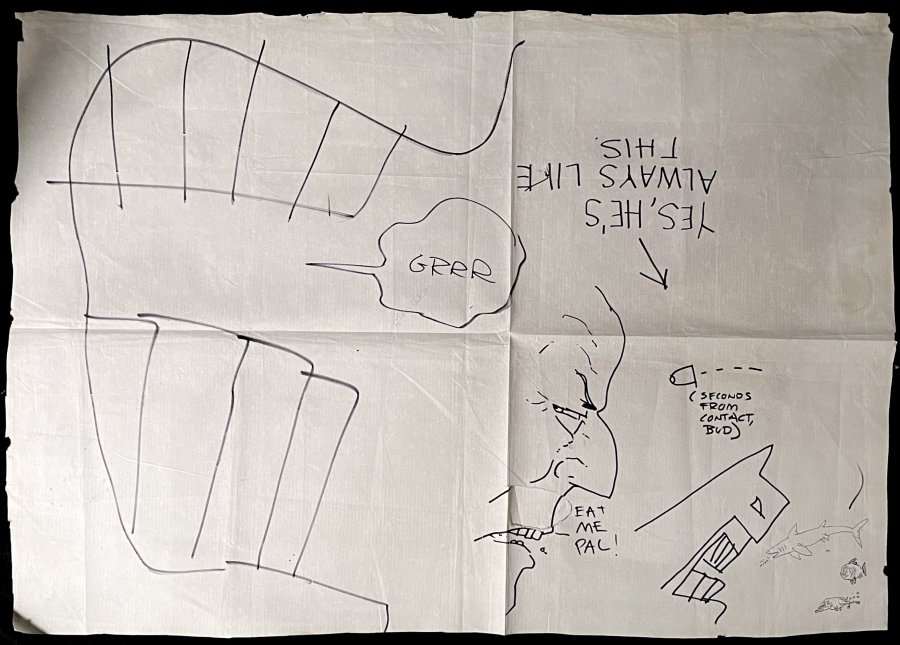 Watch
Frank Miller and Geof Darrow art; Hardboiled/Batman drawings; 1991; image size 40" x 30"We have here a very unusual and unique piece, drawn on a tablecloth during an appearance promoting their series Hardboiled, Frank Miller and Geof Darrow making competing drawings with each other. Miller provides Batman, the giant mouth, and the flying bullet, while Darrow's addition includes Nixon from Hardboiled as well as a group of sea creatures. A beautifully playful example of two collaborators having a bit of fun. Pen and ink. Art is in good condition, the cloth is folded and cut around he edges and there is a tear in middle affecting Nixon's face, the drawing is all intact.
Artists Information

Geofrey "Geof" Darrow is an American comic book artist, best known for his work on comic series Shaolin Cowboy, Hard Boiled and The Big Guy and Rusty the Boy Robot, which was adapted into an animated television series of the same name, as well as his contributions to The Matrix series of films.