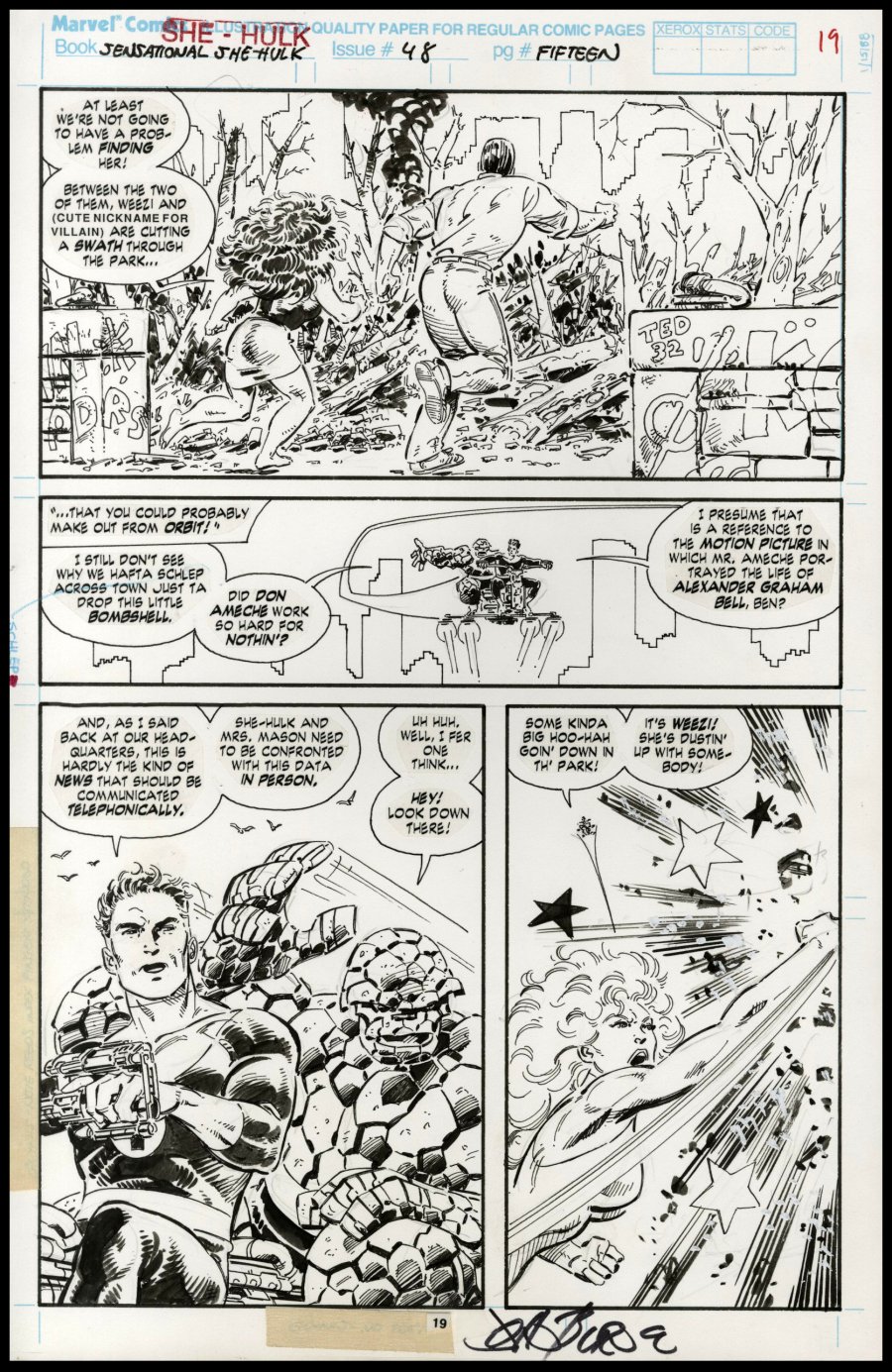 $2,817.50
Sold For
29
Bids
This auction has ended.
PUBLISHER: Marvel
COMMENTS: A 15% BUYER'S PREMIUM WILL BE ADDED TO THIS ITEM AT CONCLUSION OF THE AUCTION
John Byrne pencils and inks; page 19; 1993; image size 10" x 15"
She-hulk and the FF!
Read Description ▼
Sell One Of These Inquire About This

Watch
A 15% BUYER'S PREMIUM WILL BE ADDED TO THIS ITEM AT CONCLUSION OF THE AUCTION
John Byrne pencils and inks; page 19; 1993; image size 10" x 15"
She-hulk and the FF!She-Hulk, star of her own TV series on Disney+, teaming up with the Reed Richards and Ben Grimm of the Fantastic Four, all drawn to perfection by Byrne. Pen and ink. Art is in excellent condition. Signed by Byrne.
Artist Information