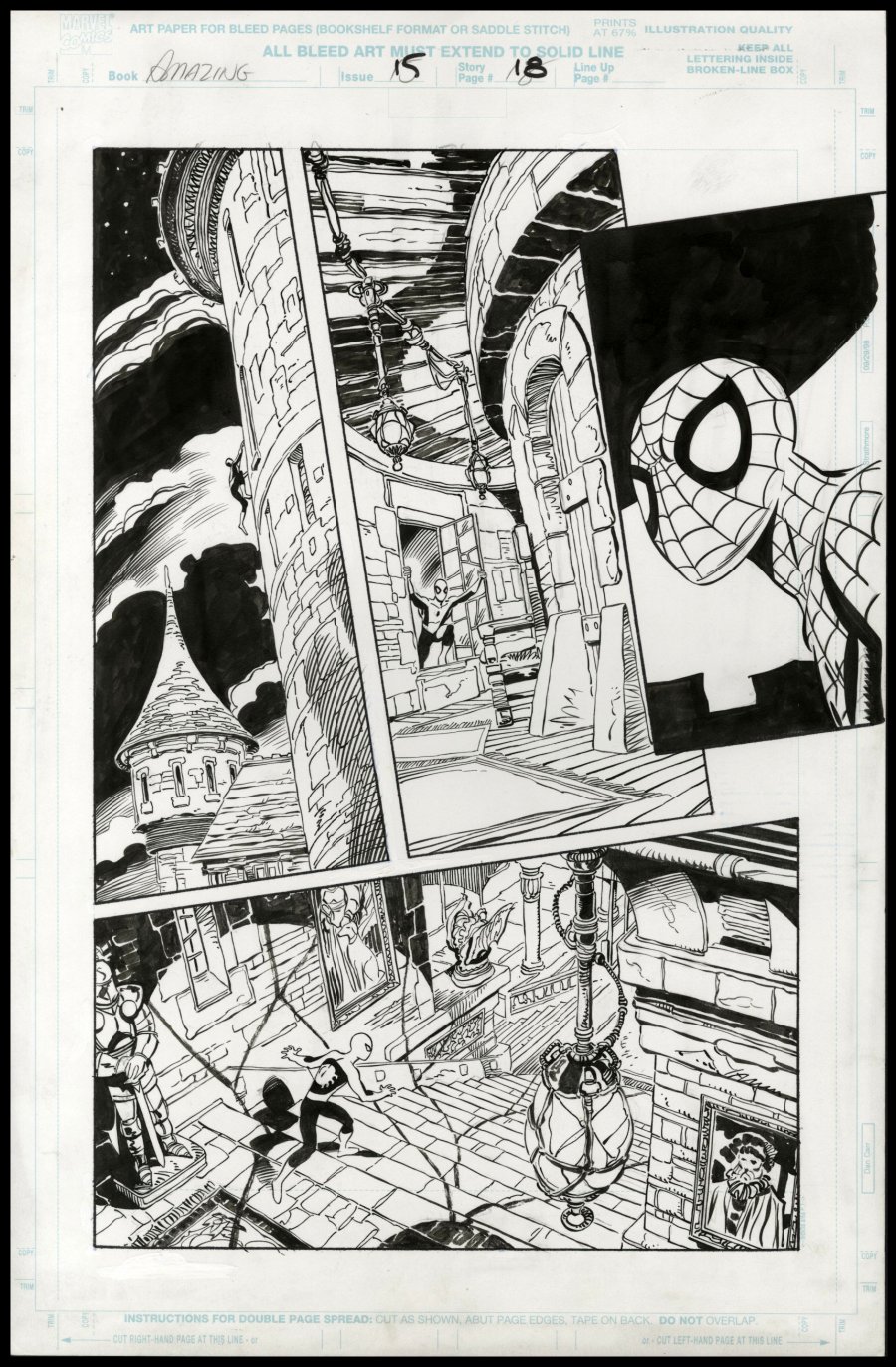 $2,190.75
Sold For
34
Bids
This auction has ended.
PUBLISHER: Marvel
COMMENTS: A 15% BUYER'S PREMIUM WILL BE ADDED TO THIS ITEM AT CONCLUSION OF THE AUCTION
John Byrne pencils/Dan Green inks; page 18; 2000; image size 10" x 14"
Read Description ▼
Sell One Of These Inquire About This

Watch
A 15% BUYER'S PREMIUM WILL BE ADDED TO THIS ITEM AT CONCLUSION OF THE AUCTION
John Byrne pencils/Dan Green inks; page 18; 2000; image size 10" x 14"Spidey lurks around Dr. Doom's castle in Latveria, what could possibly go wrong? Great, moody drawing from Byrne and Green. Pen and ink. Art is in excellent condition.
Artists Information