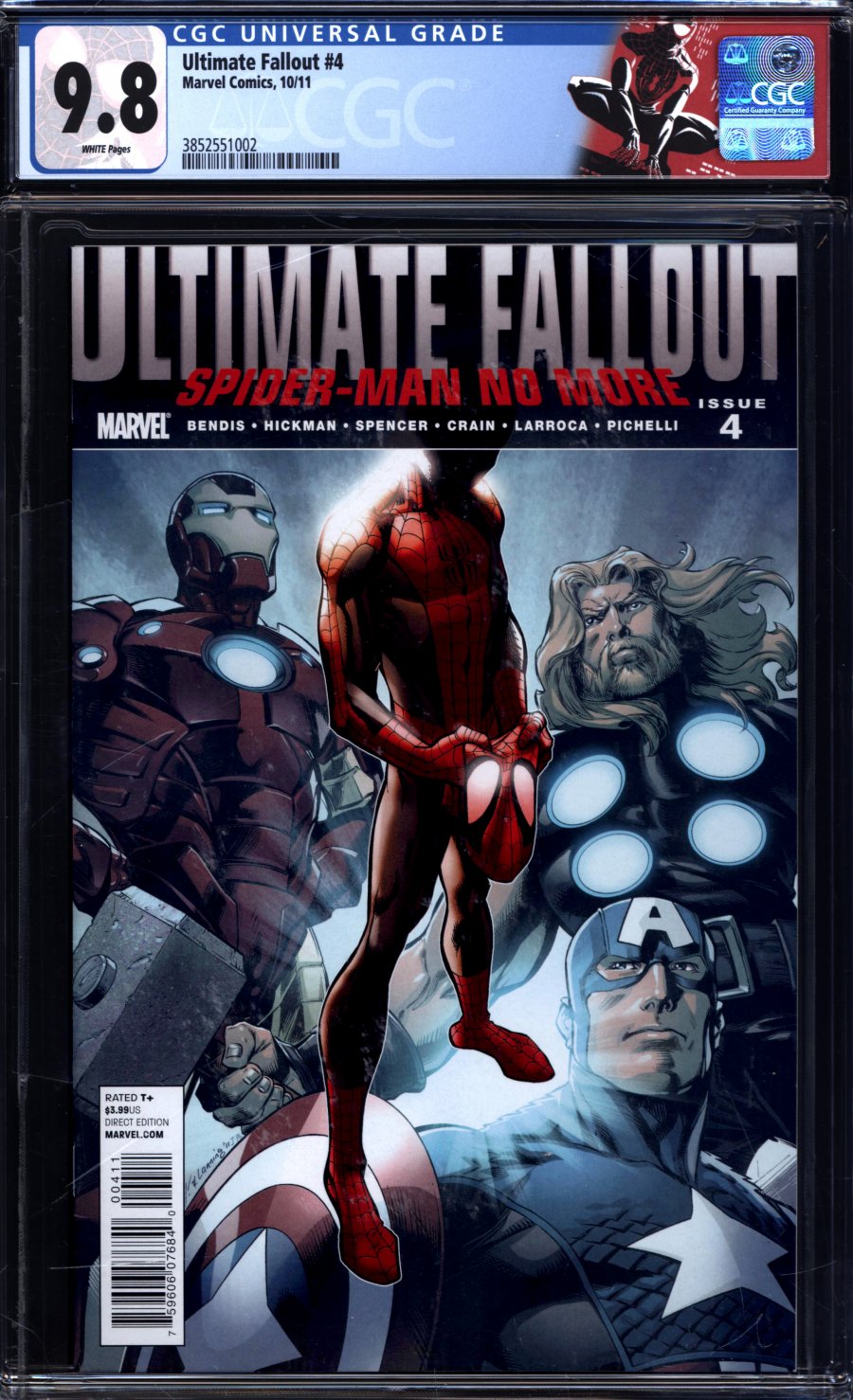 $1,600
Sold For
12
Bids
This auction has ended.
PUBLISHER: Marvel
COMMENTS: white pages
1st app. of the new Spider-Man (Miles Morales)
Highest Graded
Read Description ▼
Sell One Of These Inquire About This

Watch
white pages
1st app. of the new Spider-Man (Miles Morales)
Highest GradedUltimate Fallout #4 presents the first-ever appearance of Miles Morales, a new iteration of Spider-Man, who originally inhabited a separate universe from the original Spidey, and who rose to prominence upon the death of Peter Parker. Further fueling the fandom for Miles Morales was his hit movie appearance in “Spider-Man: Into the Spider-Verse” an animated film that would go on to win the Oscar for Best Animated Feature. While there was some controversy concerning the introduction of a new Spider-Man, Morales would eventually become accepted as the new Webhead, as well as a positive role model for children of color, winning over the hearts and minds of reluctant Marvel fans who were resistant to change. The Ultimate Fallout series was quite popular for its time, with this issue, #4, detailing the new Spider-Man’s battle against the villainous Kangaroo, and addressing the negative reaction to the sudden appearance of a new crimefighter donning a Spidey suit so soon after the death of the beloved Peter Parker.