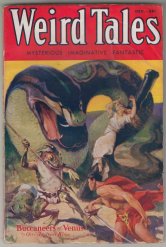 ComicConnect’s second Pulp Auction launches on January 17th, featuring over 800 lots, and running until February 9th and 10th. Including many high-grade copies, key issues, first issues, and full runs, as well as more affordable mid-grade books, Pulp Auction 2 has something for everyone. This is a perfect opportunity for both new pulp collectors looking to get into the hobby, as well as experienced pulp collectors to fill gaps in their collection or upgrade copies in their collection to higher-grade books. Following the massive success of ComicConnect’s Amazing Pulp Auction in August 2021 and rumors and calls for third-party pulp grading, pulps are a robust and booming collectibles market.

Pulps are older and often rarer than Golden Age Comics, especially in high-grade, yet available at only a fraction of the cost. Pulps often featured edgy, scandalous, and violent art and stories. Pulps included work by many of the greatest writers and artists of the time including Frank Paul, Margaret Brundage, Robert E. Howard, H.P. Lovecraft, and even the legendary team of Joe Simon and Jack Kirby. Pulps were a precursor and direct influence to comic books, and much of modern science-fiction, fantasy, horror, and pop culture in general. Pulps are a natural hobby and market for comic collectors to get into, especially ones priced out of key issues of comic books, or who have full collections of their favorite artists or characters.

Many of the pulps in this auction belonged to sci-fi pulp fan and writer Chester Cuthbert, whose stories received favorable reviews at the time from both Hugo Gernsback and H.P. Lovecraft. They were kept bagged and boarded, and lovingly stored for the past century, before being passed down to his son.

Many of the science-fiction pulps, especially, are in exceptionally beautiful shape, with many Fine, Very Fine, and even nicer copies; a very rare feat for a pulp. The average pulp usually grades around 3-4 (G-VG) condition due to the cheap “pulp” paper they were printed on, and their age. While many sci-fi pulps have been relatively common and inexpensive for decades, any high-grade pulp is very uncommon and highly desirable. With increasing rumors of comic grading companies expanding to pulps, many of these beauties have the potential to be the highest-graded copies of their issues. 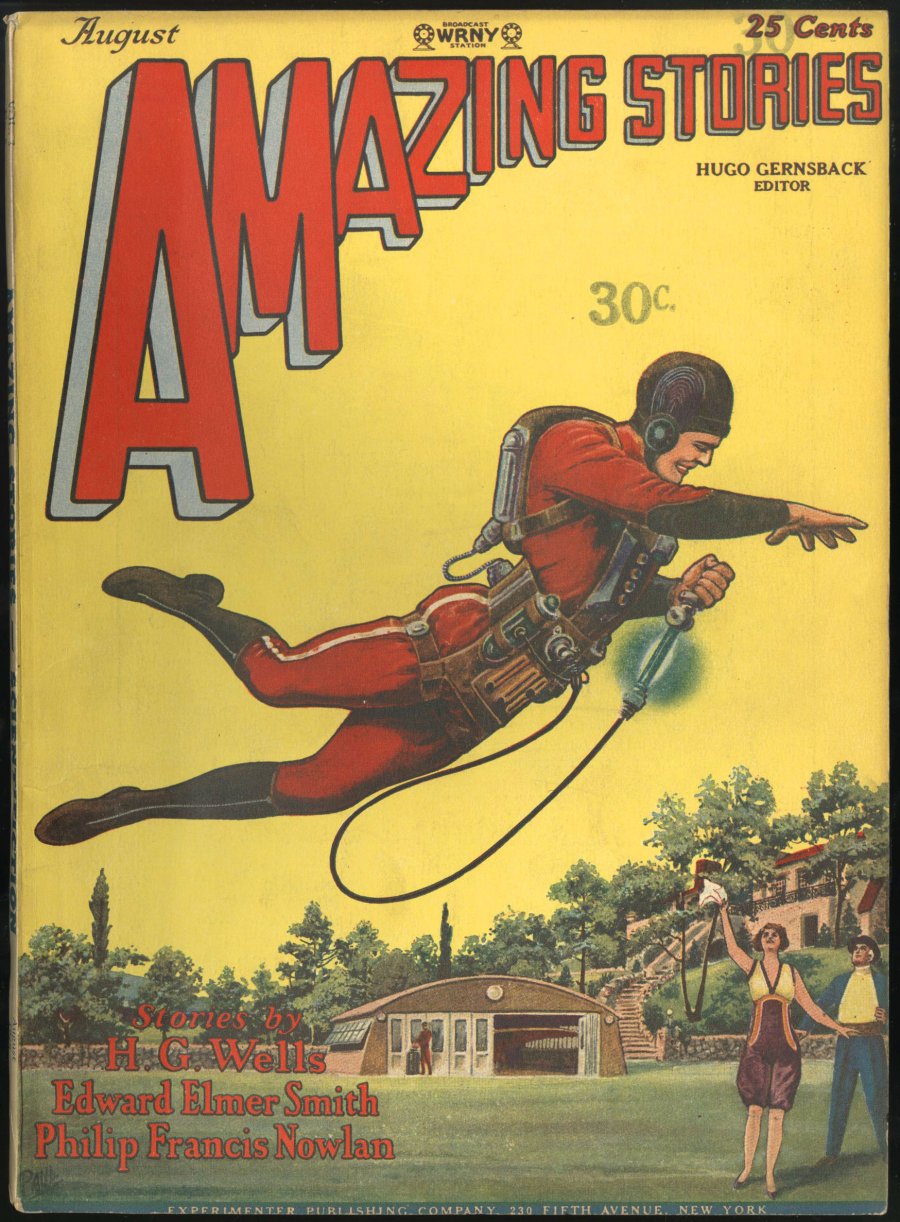 This auction features a beautiful 8.0 VF copy of the August 1928 Amazing Stories, with the first-ever appearance of iconic pulp sci-fi character Buck Rogers. This pulp features many coupons and advertisements that were often clipped out, but this a stunning complete copy. Buck Rogers has starred in countless stories ever since, and this is an exceptional copy of where it all started. A new Buck Rogers TV show has been recently green-lit, with award-winning comic writer Brian K. Vaughan attached to the project, and rumored to be starring George Clooney. 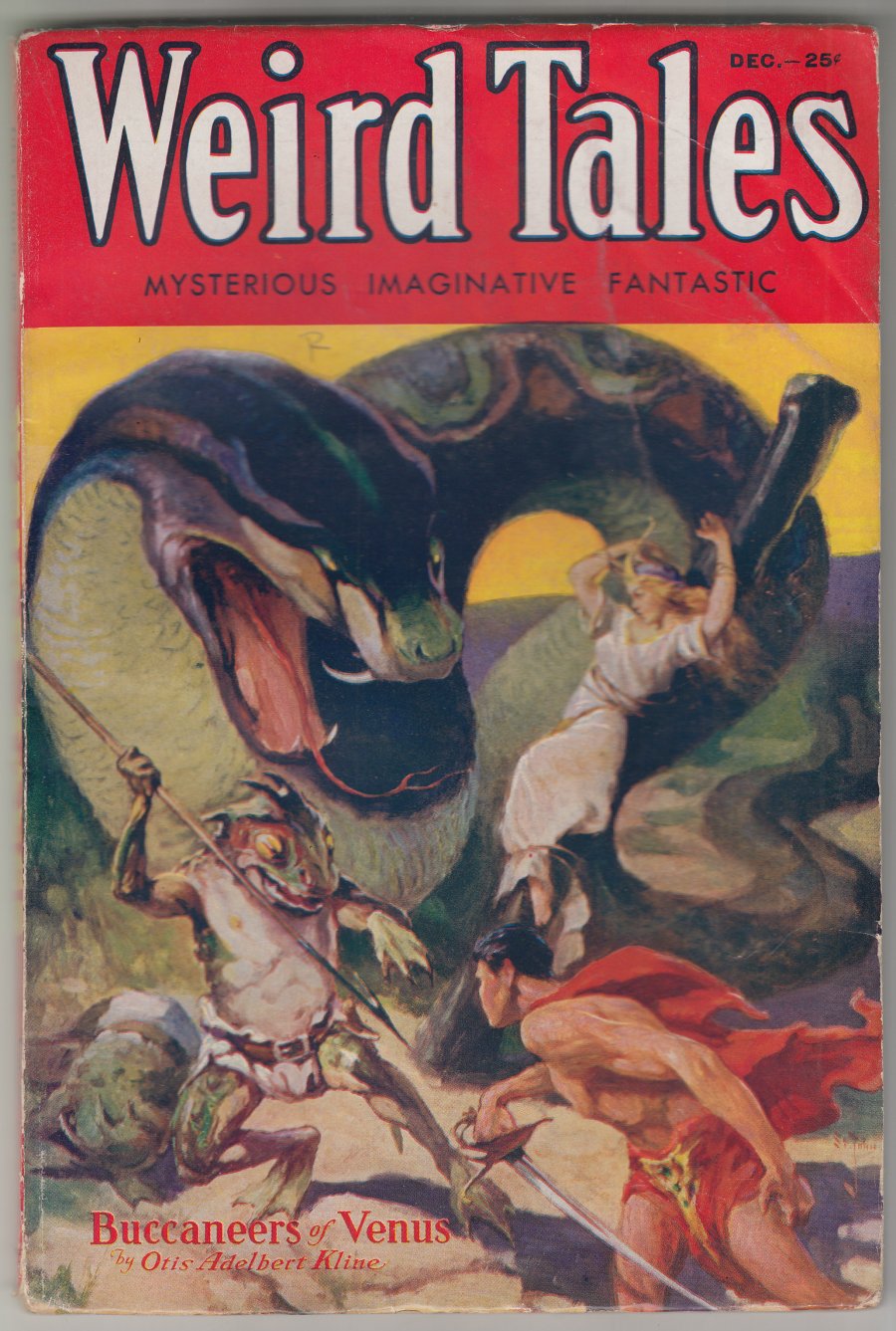 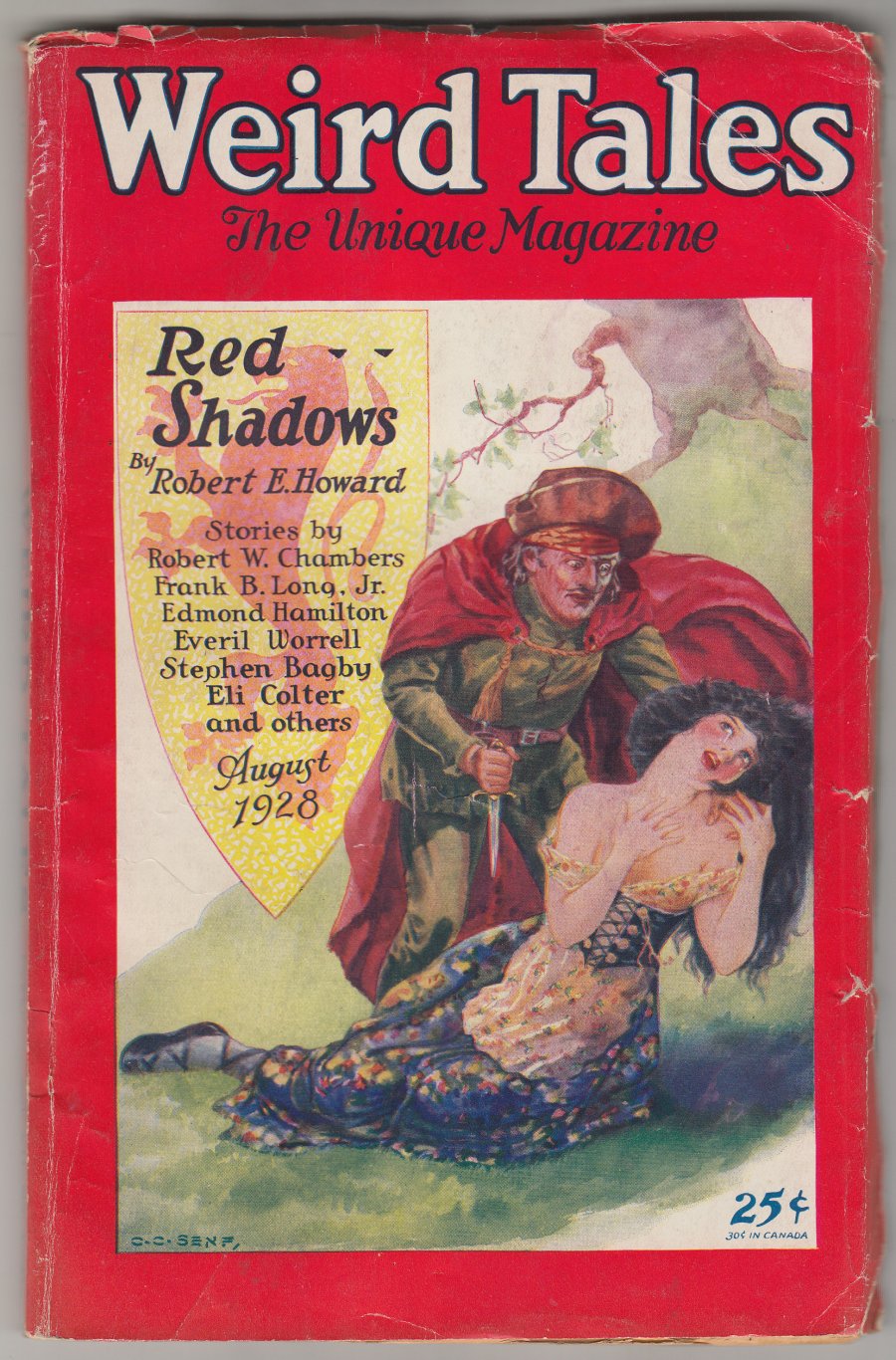 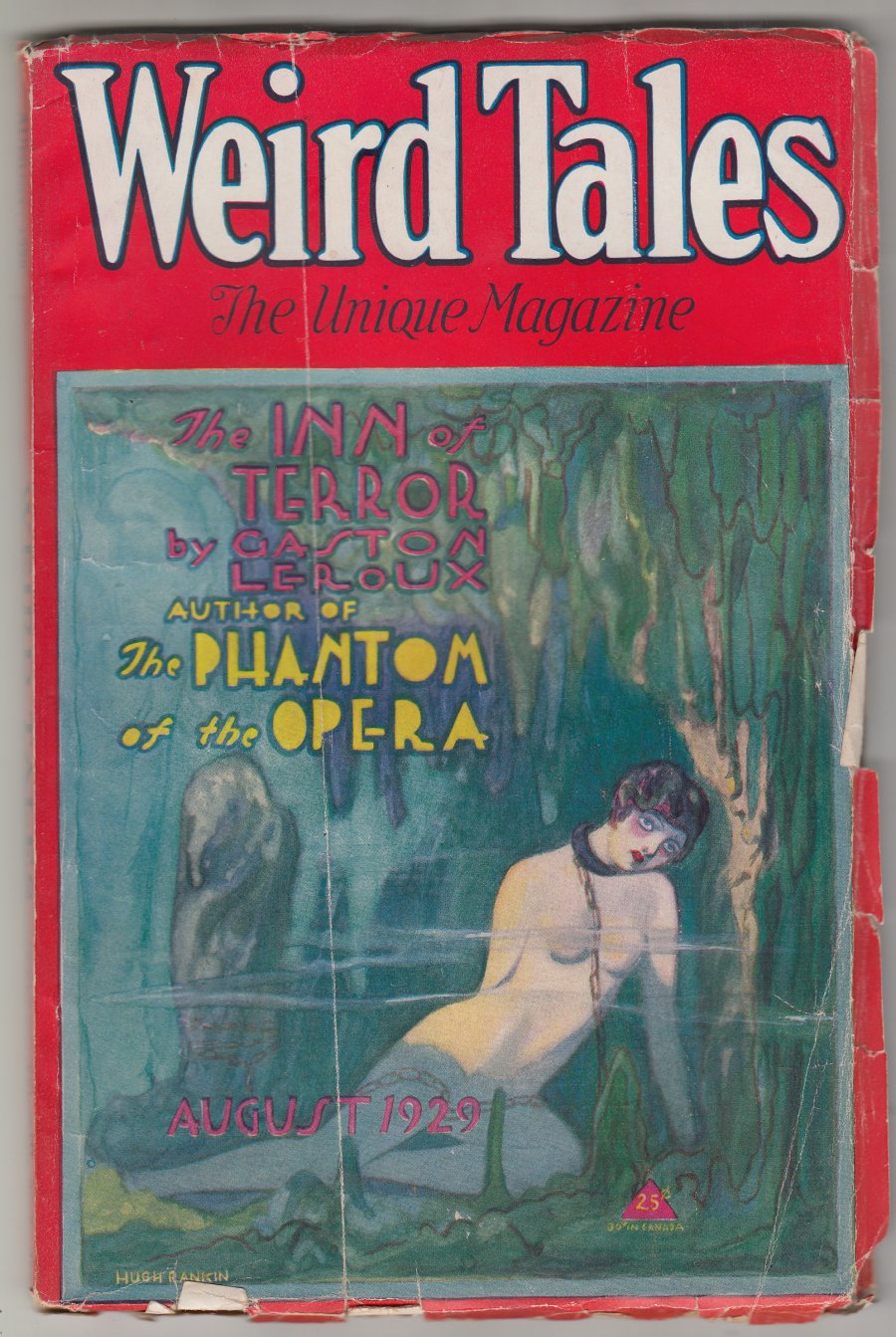 This auction also features the first appearance of iconic pulp character Conan the Barbarian in the December 1932 issue of Weird Tales. Robert E. Howard’s classic character would go on to lead many more stories in every possible medium including pulps, books, comics, movies, and shows. Other Howard first appearances in this auction include Solomon Kane in the August 1928 Weird Tales and King Kull in the August 1929 Weird Tales, as well as the first ever cover appearance of Conan the Barbarian. Major keys like these only become more valuable and harder to find over time. 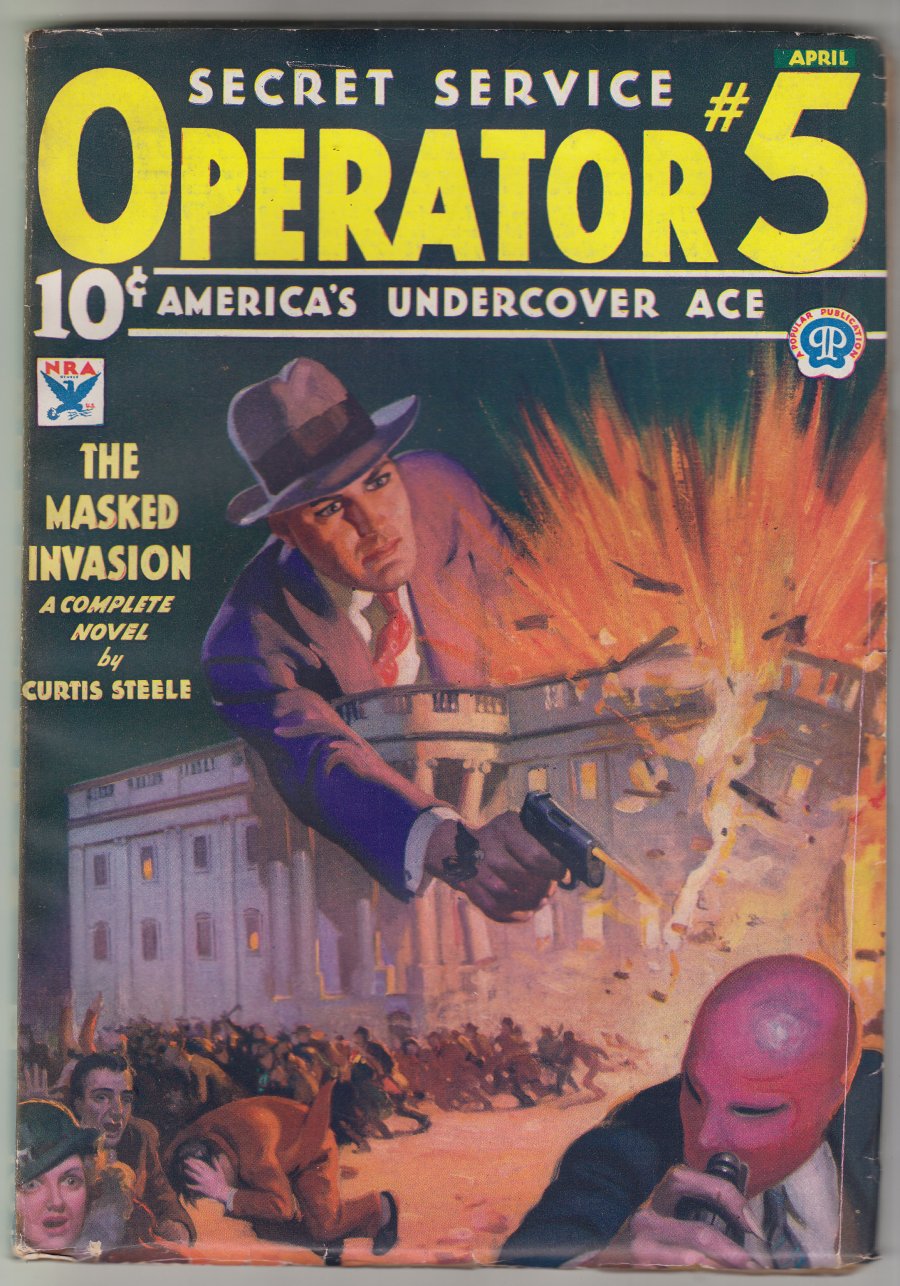 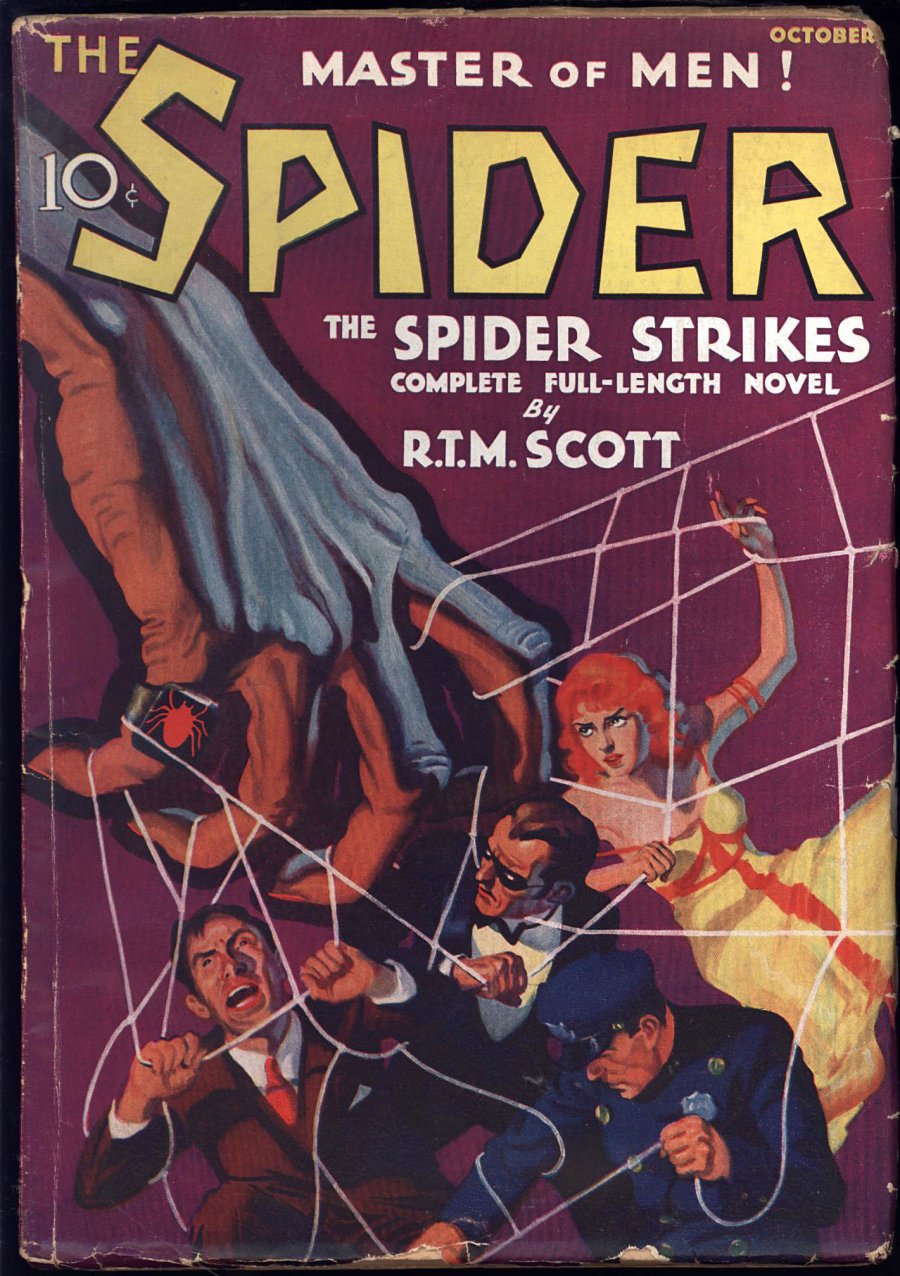 Pulp Auction 2 features a full run of hero pulp, Operator #5, starting at the first issue, including many high-grade copies, as well as multiple file copies. With lesser print runs and stranger content than the more mainstream hero pulps like The Shadow and Doc Savage, more obscure pulp heroes like Operator #5 and the Spider have been commanding great attention and high prices in recent months. The October 1933 first issue of the Spider is also up for auction, as well as first issues of many other titles including Amazing Stories, Capt. Hazzard, Eerie Mysteries, Marvel Science Stories, and more.

If you have any questions or comments about pulps, whether they relate to buying or bidding on books in this auction or selling or consigning your own pulp collection, reach out to ComicConnect’s pulp expert Sasha Fraze at sashaf@metropoliscomics.com or 212-260-4147 (ext. 117).

Consign to the upcoming auction today! -- Cash advances up to $5 million are available. 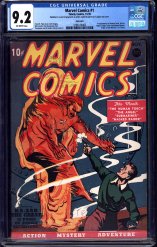 We are only a month away from the deadline for the first Event Auction of the new year. Every lot needs to be in the gallery ready for auction by mid-January!

Please send us your list of potential consignments for the next auction. If you’d like cash for the collection now, we send out interest free advances. Do not hesitate to contact us for details.

ComicConnect is currently accepting consignments for their next major auction. Contact them today to reserve space as it is on a first-come first-served basis. Call toll-free 1.888.779.7377 or e-mail their staff at support@comicconnect.com. Cash advances up to $5 million are available.