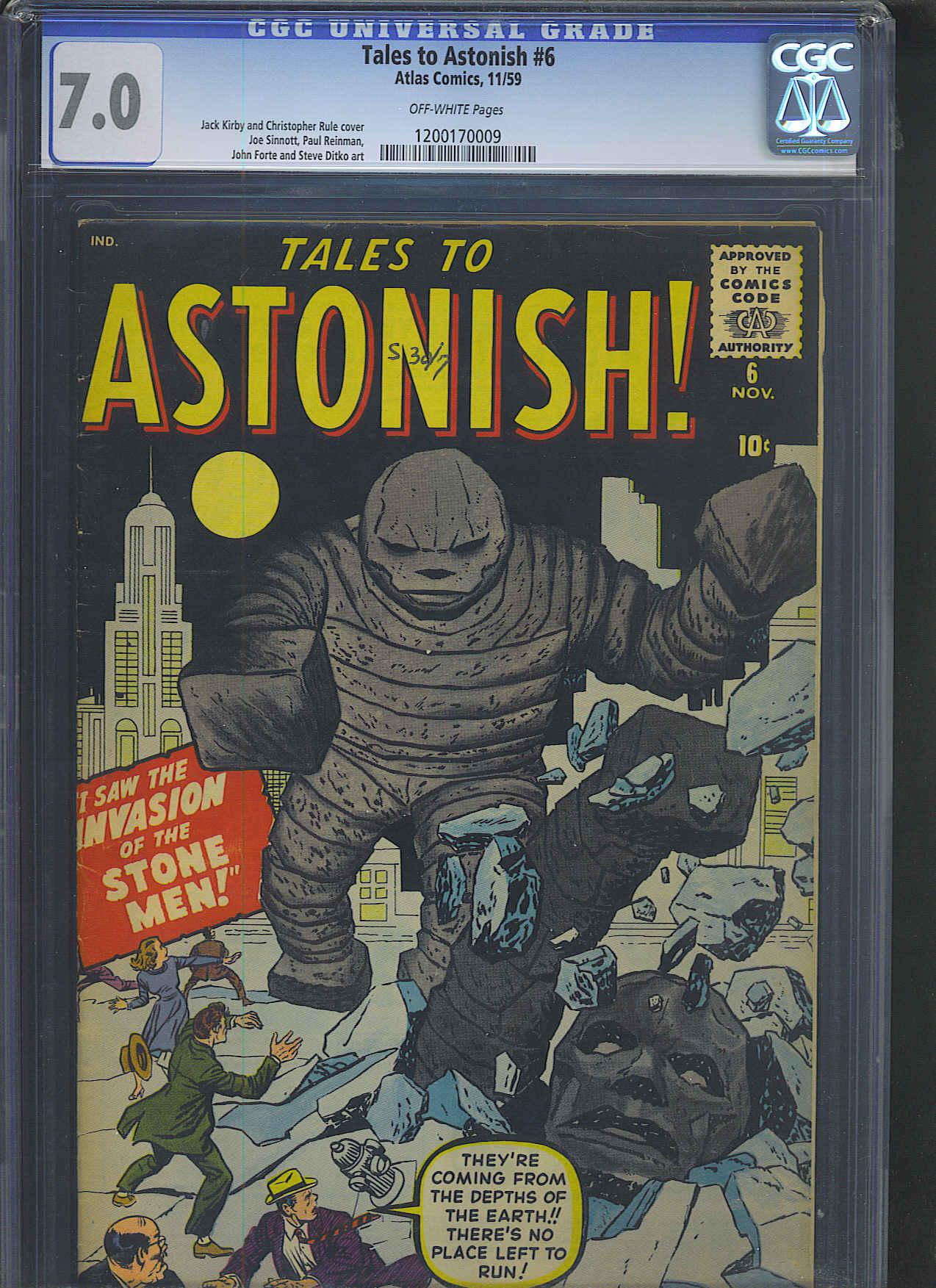 Watch
Off-White pages
Kirby cover/art, Ditko art; Stone Men prototype (11/59)Jack Kirby and Steve Ditko are the two artist most-closely associated with Marvels rise to prominence, before Spider-Man and the Fantastic Four, the duo toiled in the bullpen on a slew of science-fiction, western and suspense titles for Editor-in-Chief Stan Lee in an effort to keep the struggling publishing house afloat. Tales to Astonish was one of the titles that the influential artists contributed to regularly, displaying their individual styles and undeniable talents that would soon become the stuff of legend. TTA 6 bears a typically stunning Atomic Age Kirby cover highlighting the classic Ditko monster tale within the book.
Artists Information