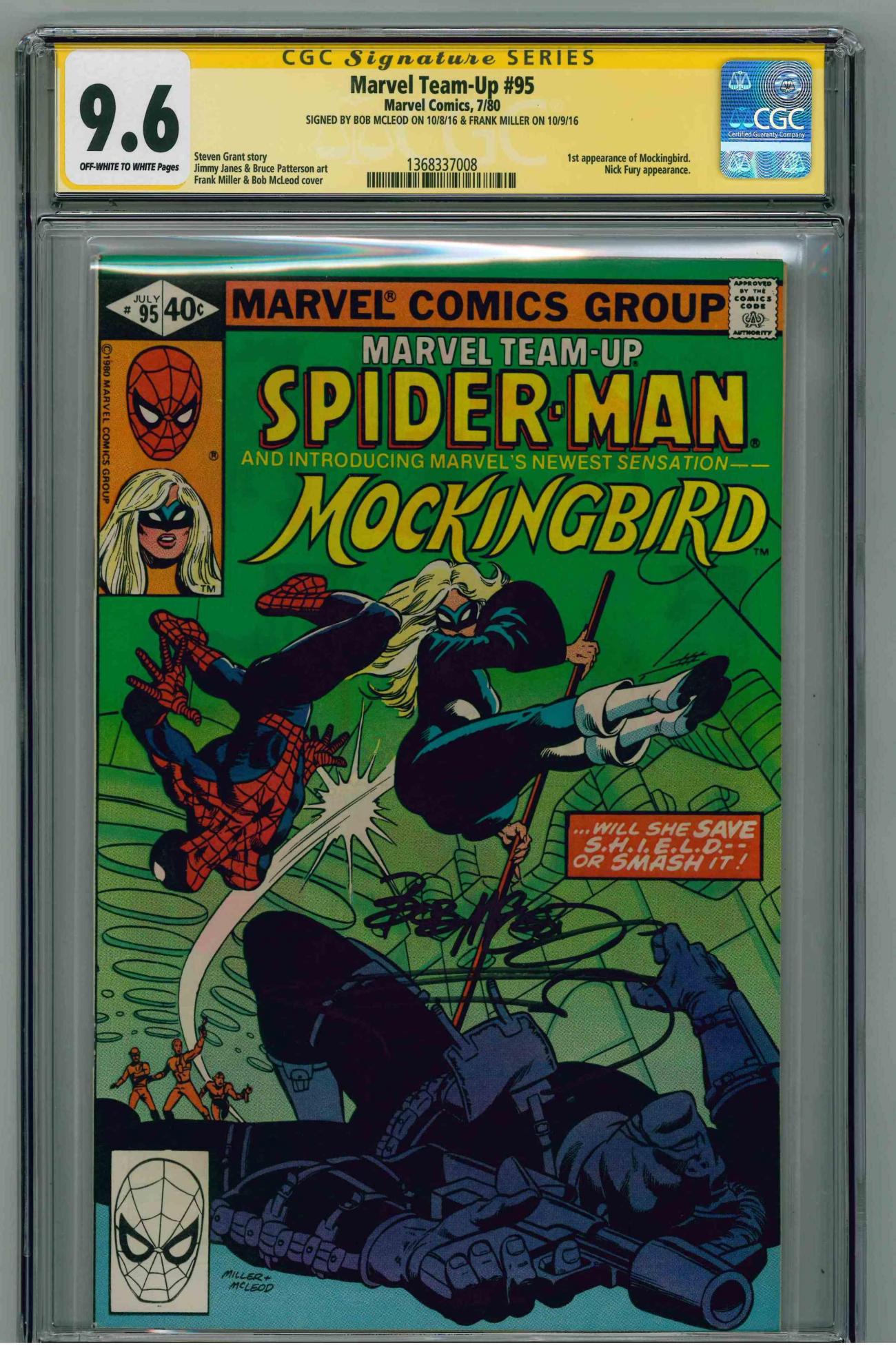 --
Accepting Offers
--
Offers
Offer Confirmation
You are about to submit an offer of . If accepted, you are legally obligated to purchase the book. Are you sure you want to continue?
Buy Confirmation
You are about to buy this item for , and will be legally obligated under the terms of our User Agreement to pay for it in a timely fashion. Continue?
PUBLISHER: Marvel
COMMENTS: CGC #1368337008, Signature Series Holder, Off-White to White pages, Signed by Frank Miller and Bob McLeod
1st app. Mockingbird (S.H.I.E.L.D. TV series); Miller cover
Read Description ▼
Sell One Of These Inquire About This