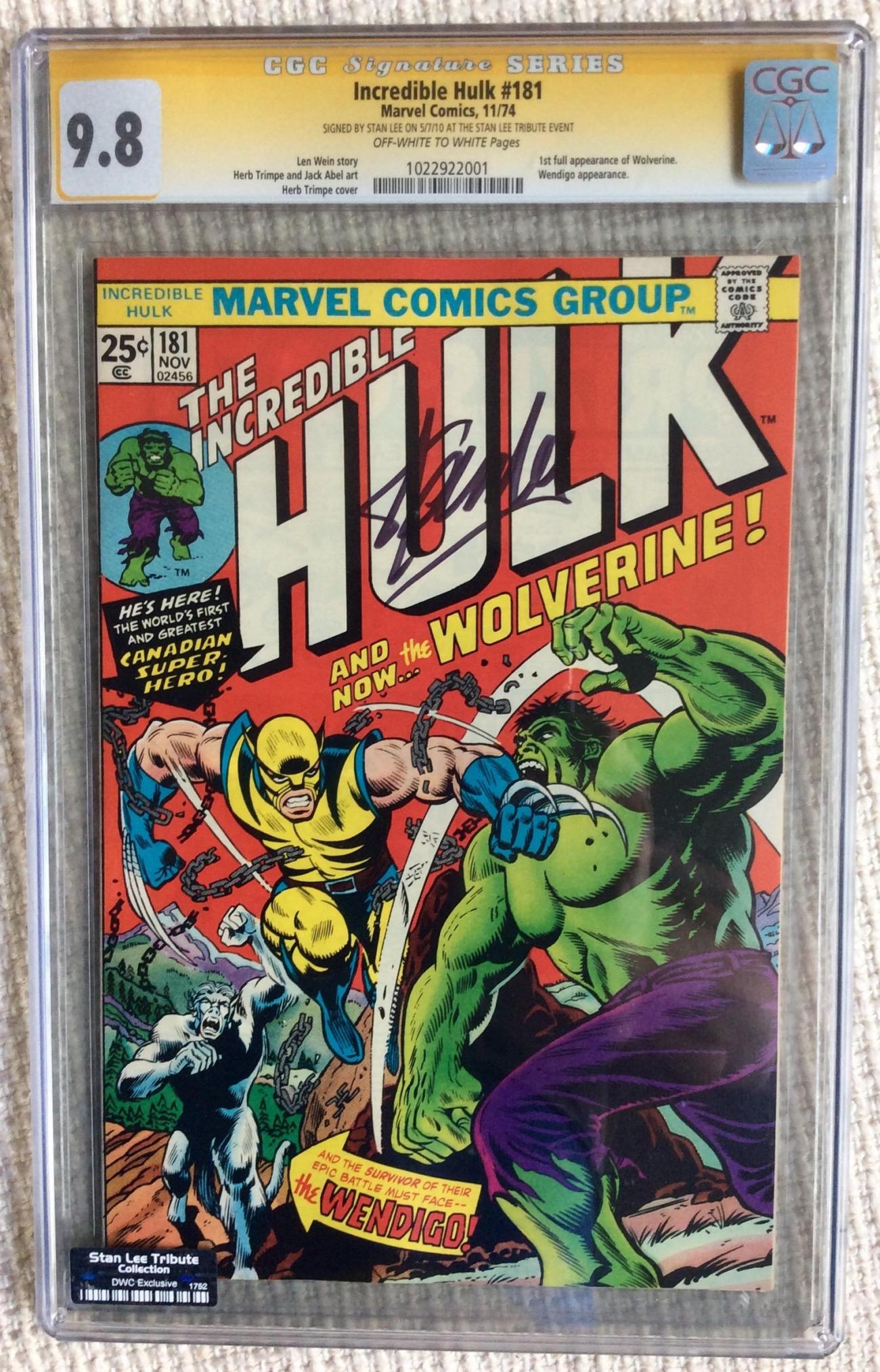 --
Accepting Offers
--
Offers
Offer Confirmation
You are about to submit an offer of . If accepted, you are legally obligated to purchase the book. Are you sure you want to continue?
Buy Confirmation
You are about to buy this item for , and will be legally obligated under the terms of our User Agreement to pay for it in a timely fashion. Continue?
PUBLISHER: Marvel
COMMENTS: Census Rank 1st Highest Graded, Signature Series Holder, Off-White to White pages, Stan Lee Tribute Event
Herb Trimpe cvr/art; 1st full app. of Wolverine; the Action #1 of the Bronze Age (11/74)
Read Description ▼
Sell One Of These Inquire About This

Watch
Census Rank 1st Highest Graded, Signature Series Holder, Off-White to White pages, Stan Lee Tribute Event
Herb Trimpe cvr/art; 1st full app. of Wolverine; the Action #1 of the Bronze Age (11/74)Born of a desire to diversify the Marvel roster by adding international heroes, and inspired by the feisty, ill-tempered animal that is his namesake, Wolverine quickly became the breakout character of Marvel's Bronze Age. This book is a demarcation between what came before and what comes after, as this dark, brooding anti-hero flew in the face of all previous conventions and came to define the cynical, haunted heroes of the Bronze and Copper Age. Hands down, this is the best-known of all Bronze Age keys, and the first Bronze book to break the $10,000 sales mark. With an X-Men reboot planned, this is a comic every collector should add to their checklist.