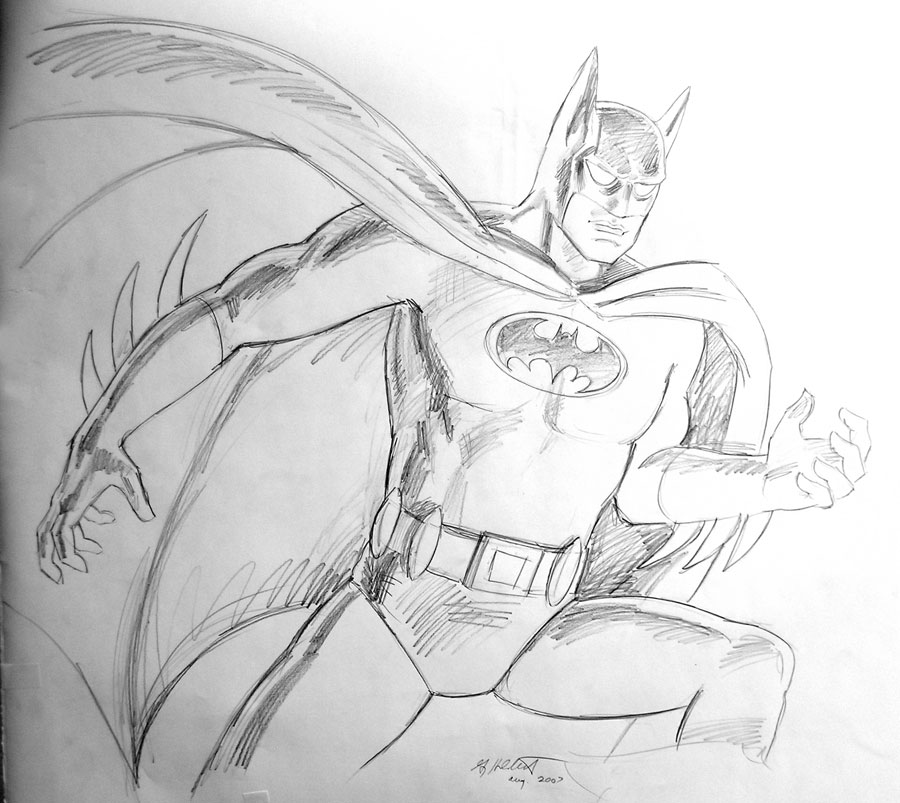 --
Accepting Offers
--
Offers
Offer Confirmation
You are about to submit an offer of . If accepted, you are legally obligated to purchase the book. Are you sure you want to continue?
Buy Confirmation
You are about to buy this item for , and will be legally obligated under the terms of our User Agreement to pay for it in a timely fashion. Continue?
COMMENTS: Greg Hildebrandt pencils on paper and signed; 38" x 36"; created for a mural for the Montclair Art Museum in 2007
Read Description ▼
Sell One Of These Inquire About This

Watch
Greg Hildebrandt pencils on paper and signed; 38" x 36"; created for a mural for the Montclair Art Museum in 2007On September 16th 2007 the Montclair Art Museum opened its new show on the Evolution of Comic Book Superheroes. Greg Hildebrandt was honored to have been chosen to paint two 12 FOOT murals for the show. The first contained Seven of DC Comics classic characters. The second 12 Foot painting contained Seven of Marvel Comics classic characters.


When Greg designs his layout for a painting he does many initial layout sketches and then his final. This is one of Greg's FINAL FULL SIZE pencil character layouts for his DC Mural.


Greg transfers from his final sketch to his canvas or board.


The two paintings Greg created for the Museum are the largest Hildebrandt paintings ever created.


Back cover image shows the how this sketch was used for the finished mural. Colored image does not come with piece.