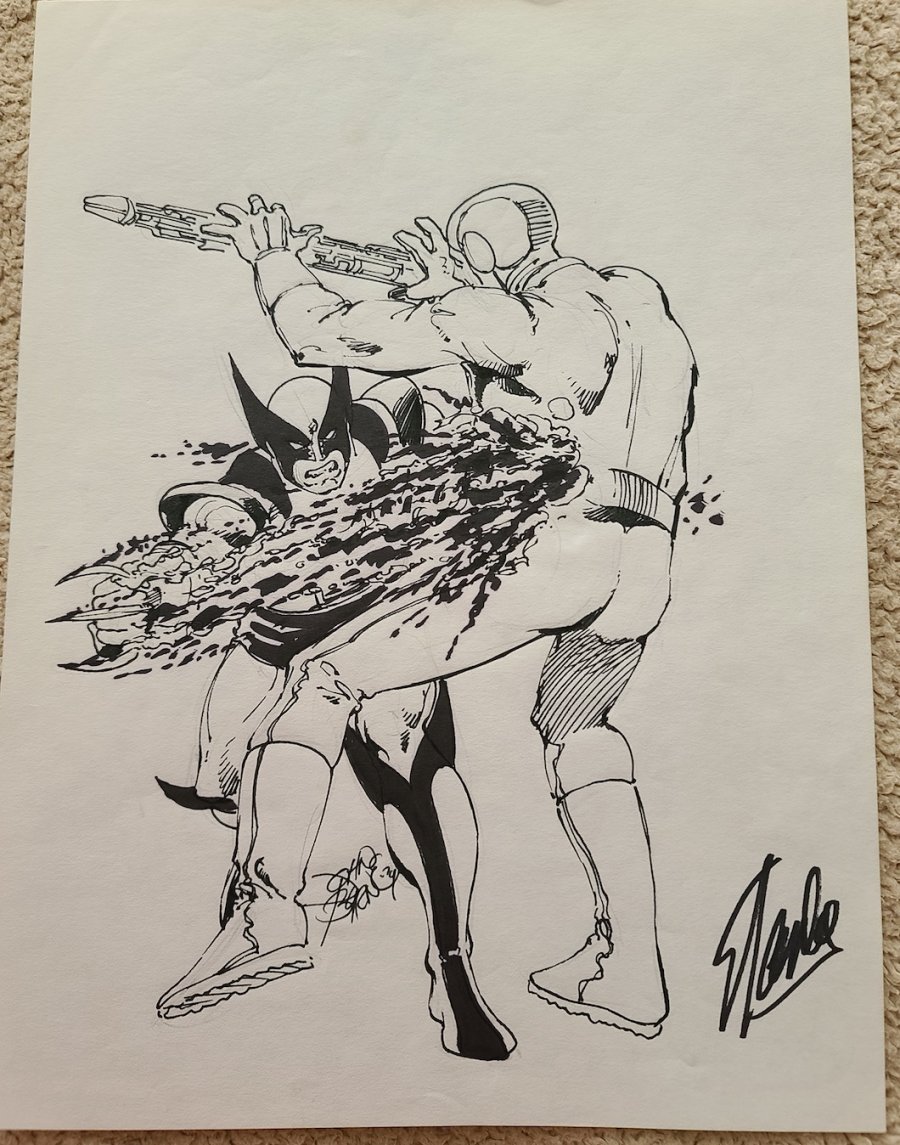 --
Accepting Offers
--
Offers
Offer Confirmation
You are about to submit an offer of . If accepted, you are legally obligated to purchase the book. Are you sure you want to continue?
Buy Confirmation
You are about to buy this item for , and will be legally obligated under the terms of our User Agreement to pay for it in a timely fashion. Continue?
COMMENTS: John Byrne pencils and inks; Wolverine Sketch; 1979; 9” x 12”
Read Description ▼
Sell One Of These Inquire About This

Watch
John Byrne pencils and inks; Wolverine Sketch; 1979; 9” x 12”Wolverine does what he does best, and what he does best isn't very nice in this exceptional sketch by John Byrne. Created in 1979, during Byrne's legendary run with Chris Claremont on the X-Men, this drawing shows a legendary artist at the peak of their abilities. Pen and ink. Art is in excellent condition. Signed by Byrne and Stan Lee.
Artist Information