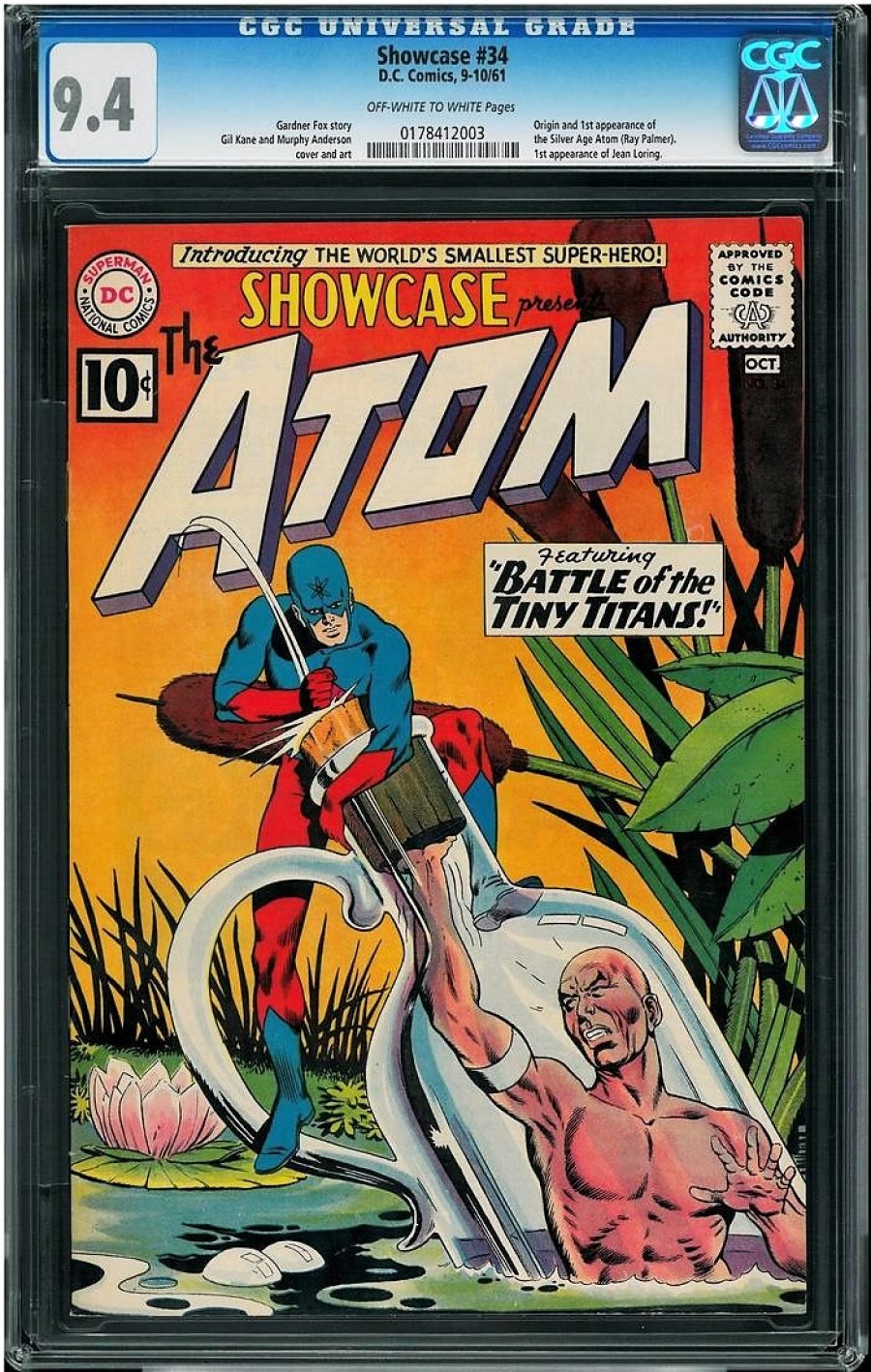 --
Accepting Offers
--
Offers
FYI there's no need to include decimal points(.).
Offer Confirmation
You are about to submit an offer of . If accepted, you are legally obligated to purchase the book. Are you sure you want to continue?
FYI there's no need to include decimal points(.).
Buy Confirmation
You are about to buy this item for , and will be legally obligated under the terms of our User Agreement to pay for it in a timely fashion. Continue?
PUBLISHER: DC
COMMENTS: ow/white pgs
origin and 1st app. Silver Age Atom (Ray Palmer); 1st app. Jean Loring
Slobodian Copy
Read Description ▼
Sell One Of These Inquire About This

Watch
ow/white pgs
origin and 1st app. Silver Age Atom (Ray Palmer); 1st app. Jean Loring
Slobodian CopyThe original Golden Age Atom was one of a group of miniature superheroes from the era, it seemed every imprint had their own version of the concept, Doll Man, Minimidget, and of course, later in the Silver Age, Marvel’s Ant-Man. During DC’s rush to fan the flames of their GA revival in Showcase that brought Flash and Green Arrow back to the spotlight, editor Julius Schwartz and writer Gardner Fox enlisted Gil Kane to bring the Atom back to life in the Silver Age. The first Atom had no real superpowers besides his stature, but the newly envisioned version would have several skills in his arsenal, the main being his ability to shrink and grow back to normal height at will, through the use of a lens imbued with matter from a dwarf star. Ray Palmer was experimenting on his lens in hopes of helping increase the world’s food supply, but everything he shrank exploded after an hour, after a cave in, Palmer used the lens on himself in order to help his fiancée, Jean Loring, escape the disaster, and sacrifice himself, but he did not explode, he survived and decided to use his newfound powers to fight evil. The character has since become a reliable hero in DC’s stable, going on to be featured in myriad comics, and making appearances in several DC TV properties, as well as video games. It stands to reason that the Atom will make a DCEU appearance any time now, making this first appearance and origin story a valuable piece of comic book history, which is still quite affordable for the time being, although not easy to find in high grades. From the Calvin Sobodian collection.