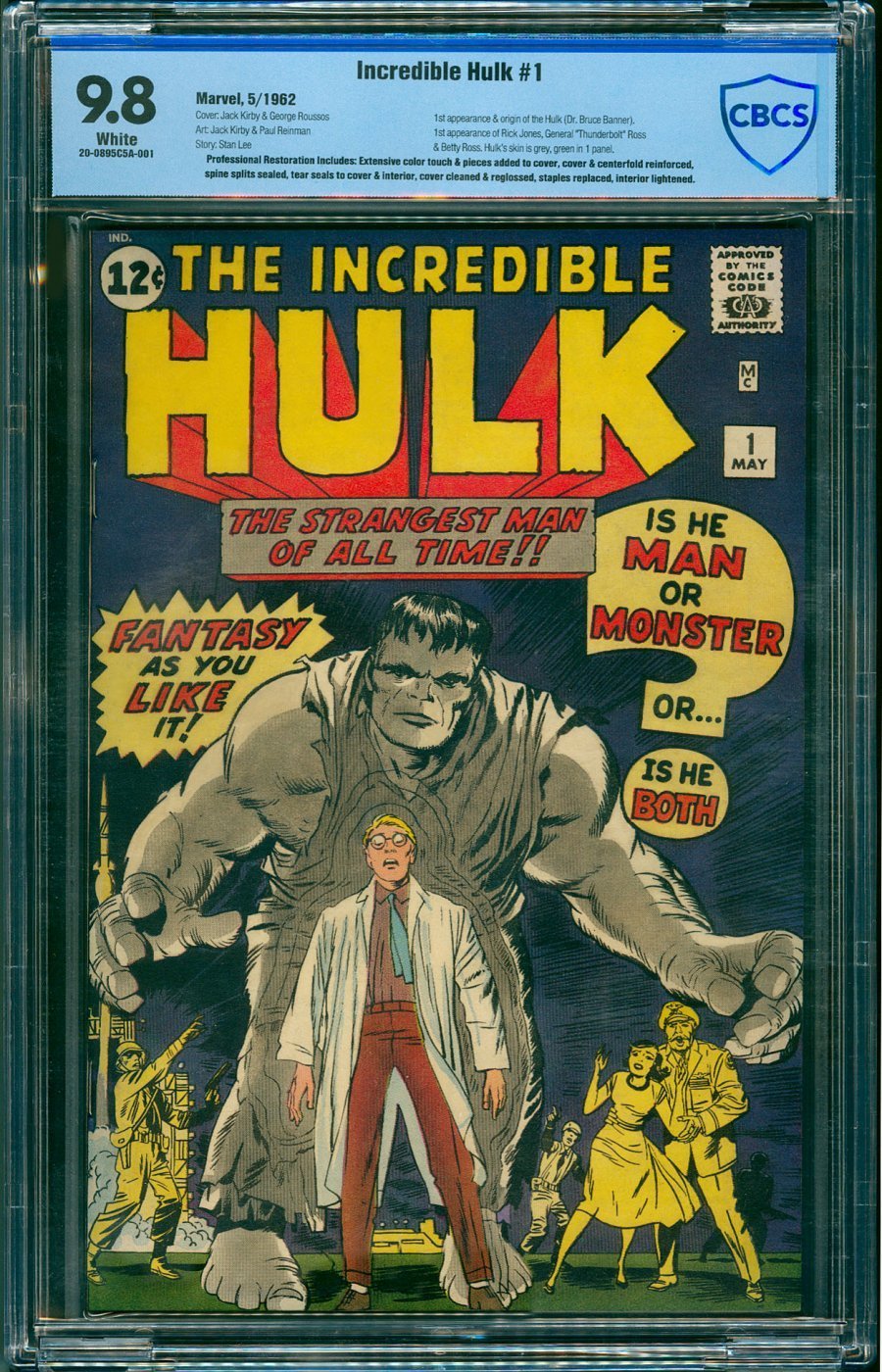 --
Accepting Offers
--
Offers
FYI there's no need to include decimal points(.).
Offer Confirmation
You are about to submit an offer of . If accepted, you are legally obligated to purchase the book. Are you sure you want to continue?
FYI there's no need to include decimal points(.).
Buy Confirmation
You are about to buy this item for , and will be legally obligated under the terms of our User Agreement to pay for it in a timely fashion. Continue?
PUBLISHER: Marvel
COMMENTS: White pgs; Census Rank 1 Highest Graded; Restored holder; Extensive Professional Restoration
Kirby cover/art; origin & 1st app. Hulk, Rick Jones, Betty Ross, & General Ross
Read Description ▼
Sell One Of These Inquire About This

Watch
White pgs; Census Rank 1 Highest Graded; Restored holder; Extensive Professional Restoration
Kirby cover/art; origin & 1st app. Hulk, Rick Jones, Betty Ross, & General RossInspired by Jekyll & Hyde and the Jewish myth of the Golem, Stan Lee and Jack Kirby kept their Silver Age hot streak running with the big and brutal Hulk. This issue preys on Cold War fears of nuclear annihilation and the average boy's body discomfort to create one of the most haunting and affecting of hero origins. Initially colored grey in his premiere appearance, the character was quickly reworked into a big green beast when the primitive four-color printing process mangled the grey color scheme throughout the book, altering the Goliath's hue from page to page. The famous cover image still resonates with fans to this day.